The German language might seem daunting to most people new to language learning, and particularly to native English speakers. It looks and sounds extremely foreign. When people speak of beautiful, melodic languages, let’s face it, German doesn’t make the list (it makes my list every time, but I’m kinda obsessed with it!).

Most people probably wouldn’t choose German as their first foreign language, with good reason: the grammar is complex, and the words are long and often harder to remember than those in, say, Spanish, which shares more cognates with English.

(For a list of my top 5 easiest languages to learn, check out The 5 Easiest (And Cheapest) Languages To Learn Online.)

Well, today I’m going to break down the German language for you and show you that it’s not as terrifying as it looks. If you’re just getting started, this list of 15 need-to-know features should demystify German, making the learning process easier.

German at a glance

1. German is quite similar to English

German is a lot more similar to English than you might think. While some suggest that the lexical similarity between the two languages is as high as 60%, having studied German for several years I consider this number grossly exaggerated. I’d put it closer to 30%.

Lexical similarity, among other things, concerns how many words/cognates the languages have in common. Where German is concerned, you’ll find many similar words in English, particularly when it comes to nouns.

German also retains some of the features modern English lost over the centuries. If you pick up a Shakespeare play sometime, you’ll see what I mean.

Example from Romeo and Juliet:

“Tis well thou art not fish; if thou hadst, thou
hadst been poor John.”

a. The ending “-st” in German is used in all second person present verbs to this day, while English has dropped it.

E.g. Du kannst alles haben – you can have everything.

b. German still makes a distinction between the word “you” as the subject and object, whereas English has only one word for it.

E.g. Du bist glücklich – thou art happy / you are happy

Ja (yes) and nein (no) are straightforward concepts, but there is a third expression that you will see often, something that will confuse the heck out of you at first: doch.

Though the word has many uses, and shows up everywhere, here we’re only concerned with its usage as a response to a question. (For a more in-depth look at the word, check out this post by Your Daily German.)

Put simply, doch is like answering with “on the contrary”.

Here, a yes or no answer will result in confusion (and probably the end of your relationship!). So you would reply with “doch” (if you do, indeed, love them).

3. All nouns are capitalized

Unlike pretty much all other languages that capitalize only proper nouns (names of people and places), this unique feature of German means that it’s easy to differentiate nouns from other words, making the sentence easier to understand.

Mein Vater ist Lehrer – my dad is a teacher.

4. All nouns have 3 genders

This concept will be unfamiliar to native English speakers, as in English, words don’t have genders.

In German, there are 3 (masculine, feminine and neuter), and you need to know which ones apply to which nouns, otherwise you won’t be able to use the language properly (or at all).

Obviously, male and female people use masculine and feminine genders, with the exception of Mädchen (girl), which is, annoyingly, neuter.

There really is no rhyme or reason to which words fit into which category, so you’ll have to learn them off by heart. Many of the intangible, “feeling” words are feminine, I’ve found – Leidenschaft (passion), Freundschaft (friendship), Meinung (opinion). This is not a hard and fast rule, however.

It’s imperative that you know noun categories, as they determine which definite (the) and indefinite (a/an) articles to use, thus influencing the way sentences are formed.

Although German words may look complicated, what with all those long words, once you know how to pronounce the alphabet (which doesn’t actually differ too much from English) you’ll be able to easily pronounce German, because words are spelled as they’re pronounced.

G – usually pronounced hard, as that of the ‘g’ in ‘good’, with the following exceptions: a) if it follows ‘n’, you’d pronounce it the way you would in ‘thing’; b) words ending in ‘ig’ – traurig (sad) – when it’s often softened to sound a bit like the German ‘ich’.

Z is a little tricky. The easiest way to describe this is like the ‘ts’ in “its”. (Also note that when a word beginning with Z follows a word ending in ‘e’, you pronounce the t-sound like it’s a part of the word before it. i.e. ich habe keine Zeit.

R is also a little tricky. It’s sort of trilled, though not rolled as much as the Spanish rr. There’s no English sound that’s equivalent.

ß (SS) lets you know that the vowel before it should be pronounced long. i.e. Fuß, where the ‘u’ is pronounced as ‘oo’.

The rest of the alphabet (with the exception of letters X and Y, which don’t need to be mentioned, seeing they’re rarely used) is the same as English.

Fun fact: Looking at the above guide, you can see that the famous automotive company Volkswagen is pronounced more like folksvagen. (Yeah, I’m one of those annoying English people who pronounce it the right way.)

You’ll learn very quickly that you won’t be able to do much without knowledge of the German declension system.

This is where German gets difficult. Remember above when I said you needed to know the genders of each noun otherwise you’ll be stuck? Well, this is why. Each noun gender has its own definite and indefinite article.

The rest of the article formats are used depending on what the noun’s function is in the sentence.

Der/ein Apfel becomes den/einen Apfel, because the apple is the object in the sentence.

This all concerns cases, which we’ll tackle a bit later.

Many languages have formal and informal ways to address someone; German is one of them. (You should know that people get very sensitive about this, and in most cases you have to be invited to duzen (use the informal “du”). So it’s best to siezen (use the formal “Sie”).

Sie – formal (anyone you aren’t familiar with)

Then there’s the plural “you”.

Ihr – you all (y’all, for my North American friends)

Another construct seen in old English is the way of counting. The number 21 becomes einundzwanzig = one and twenty. It might take you a little while to get used to this, if you’re anything like me.

For occupations and professions, when referring to females, you simply add “in” to the end of the regular noun.

Most languages usually have their own, unique way of asking this question. In German, it’s not quite as straightforward as in others.

Wie geht es dir/Ihnen? – The literal translation is “how goes it to you?”. An idiom you’ll hear often. It just is what it is.

Caution: Never, ever, ever respond with ich bin gut!

In English, we form it thusly: I have seen him. In German: Ich habe ihn gesehen.

But where English would usually say “I saw him”, using the normal past tense, Germans would still use the present perfect. You’ll mostly find the past tense used in storytelling – whether a story is being recounted to you or you’re reading a book.

German is akin to Lego, in that you take smaller words and add them together to make bigger, more complex words. This happens regularly throughout the language, which provides a sort of vocabulary discount. If you know the smaller words, it’ll be easier to figure out the more complex constructions.

14. Germans use their grammar properly

English is a grammatical mess! And because of this, it makes learning other languages challenging. You regularly see ungrammatical sentence structures that have been accepted into modern usage.

Well, Germans don’t have this problem. They use their language according to its grammar rules, and thus it can be said that Germans speak English (grammatically) better than many natives!

The grammatically correct way of saying this in English would be, “it is I”, which is outdated and would make anyone using it sound like they stepped out of a Jane Austen novel!

Wohin and dorthin = whither (to where) and thither (to there)

While these two words are regularly seen in German, their English equivalents are almost never used today.

Wo bist du? = where are you

I’ve left this till last because it’s the most complicated aspect of the German language, in my opinion. But learning this stuff early will make life so much easier for you down the road, not only in German but in other languages as well.

What are grammatical cases?

Cases, in a nutshell, determine the function of nouns in sentences – including how they appear and sometimes where they appear.

The following sentence contains all 4:

In theory, as nouns change depending on which case they are, you can mix the sentence up and still be understood.

At first glance, to a newcomer, it might look like the apple is eating the man, but because of the changing article (der Apfel becomes den Apfel in the accusative) it’s perfectly understood.

Please Note: As with English, different sentence structures place emphasis on different things, so it’s best to stick with the regular subject-verb-object structure.

That’s a brief look into cases. German, believe it or not, is one of the tamer languages when it comes to these bad boys. Try learning a Slavic language like Russian, which has 6 cases, or Hungarian, with a whopping, brain-destroying 18!

I hope this list has been helpful to you in demystifying the German language and simplifying some of the more complex features of it. Some of these things won’t become clear to you until you’ve spent some time learning the language, though, so bear that in mind.

German can and will be challenging at first, but it’s important to remember that everything can be learned if you dedicate enough time to it. For a look at the length of time popular languages take to learn, check out the post How Long Does It Take To Learn A New Language.

Also check out our German language store, where you’ll find books and other products to help you learn this awesome language.

And for some fun, take our free, interactive German Body Parts Quiz to test your knowledge. 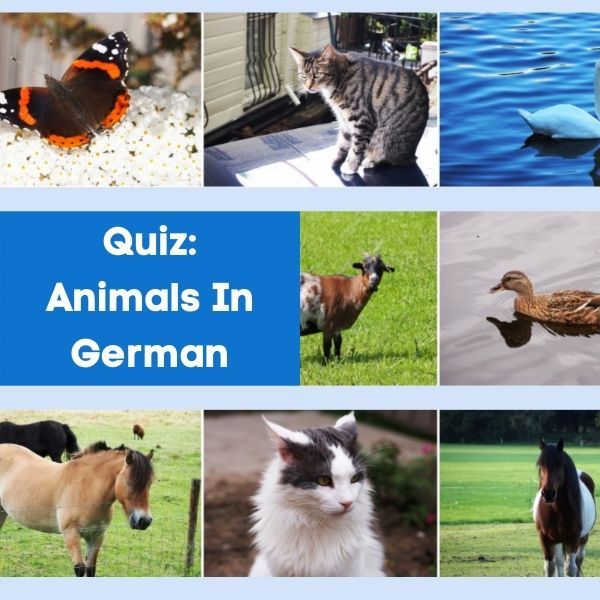 Quiz: Animals In German (With Articles) 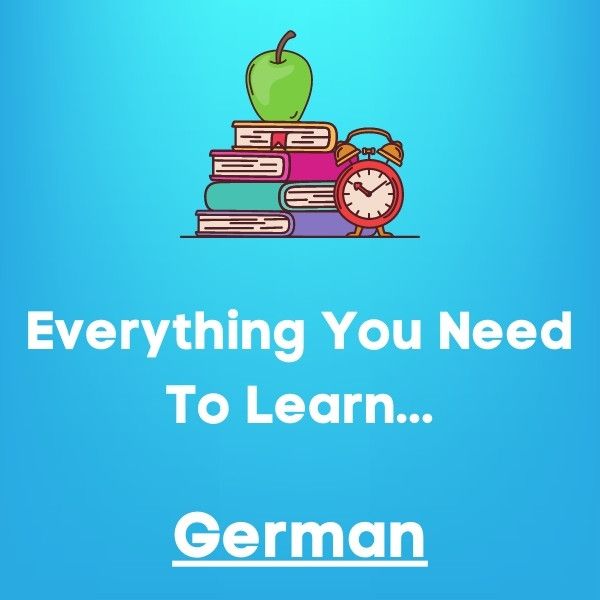 Everything You Need To Learn German 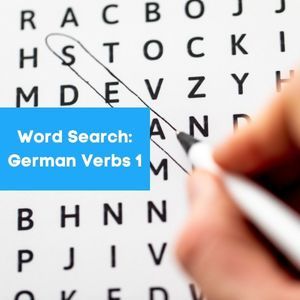