Is Albanian A Good/Useful Language To Learn?

Albanian is the national language of Albania and an official language in Kosovo. It is also spoken by small communities of Albanians in other countries such as Montenegro, Croatia, Macedonia and Greece. In total, there are around 7 million Albanian speakers in the world.

Although you never really need a reason to learn a particular language (passion is sometimes enough), it might help to know some of the potential benefits that come with learning Albanian.

After all, learning any language takes time, energy and dedication, and it would be prudent to make sure that your efforts are likely to pay off in the end.

Let’s take a look at 9 ways that learning Albanian can be useful.

If you’re planning a trip to Albania or Kosovo, learning some Albanian will help you to make the most of your experience. You’ll be able to communicate with locals, get insider tips and learn about the country and its culture in a way that would not be possible as a monolingual tourist. 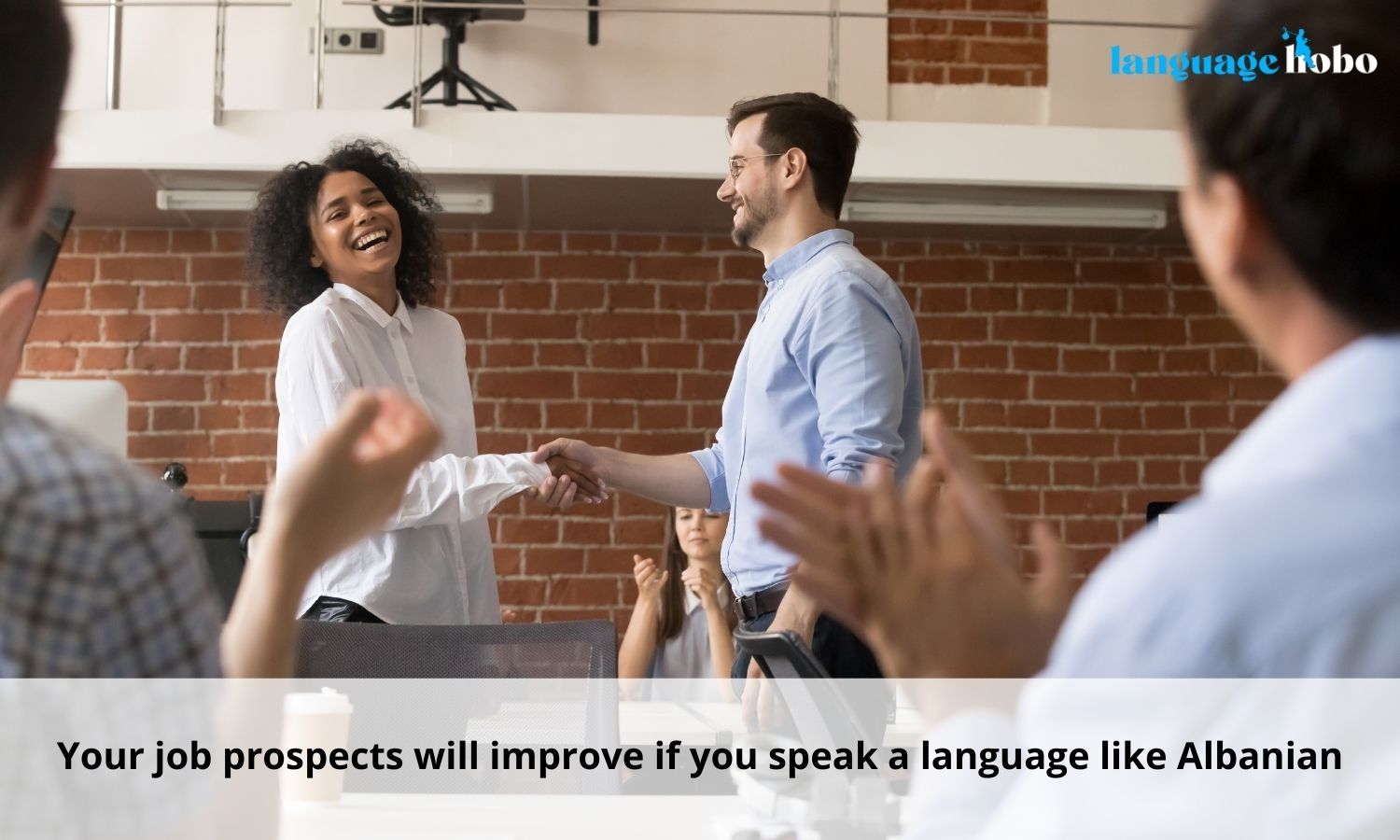 In today’s globalised economy, being bilingual or multilingual is a major asset that can give you a competitive edge in the job market. If you’re looking for work in Albania or Kosovo, or with an organisation that does business in these countries, learning Albanian will obviously give you a big advantage.

Even if you’re not planning to work in Albania or Kosovo, having Albanian on your CV will make you more attractive to potential employers as it shows that you’re open to new opportunities and willing to invest in your career development.

A deeper understanding of your own culture

For Albanians living in diaspora communities around the world, learning Albanian can be a way to connect with their roots and better understand their heritage. For non-Albanians, learning the language can still provide some insight into the culture and history of Albania and the Balkans more generally.

Studies have shown that learning a second language can have a positive impact on your cognitive abilities and delay the onset of dementia. Bilingualism has also been linked with better problem-solving skills, increased creativity and improved memory.

With a language like Albanian, that is so dissimilar to English in terms of grammar, pronunciation and vocabulary, the cognitive benefits are likely to be even greater.

You’ll be speaking one of the oldest Europen languages

Albanian is a unique language that is not related to any other major language family. It is believed to have originated in Illyria, an ancient region in the western Balkans, and has been spoken in its modern form for around 2,000 years.

This makes Albanian one of the oldest European languages still spoken today. By learning it, you’ll be joining a community of around 7 million people who are keeping alive a language with a long and fascinating history.

It will make learning other languages easier 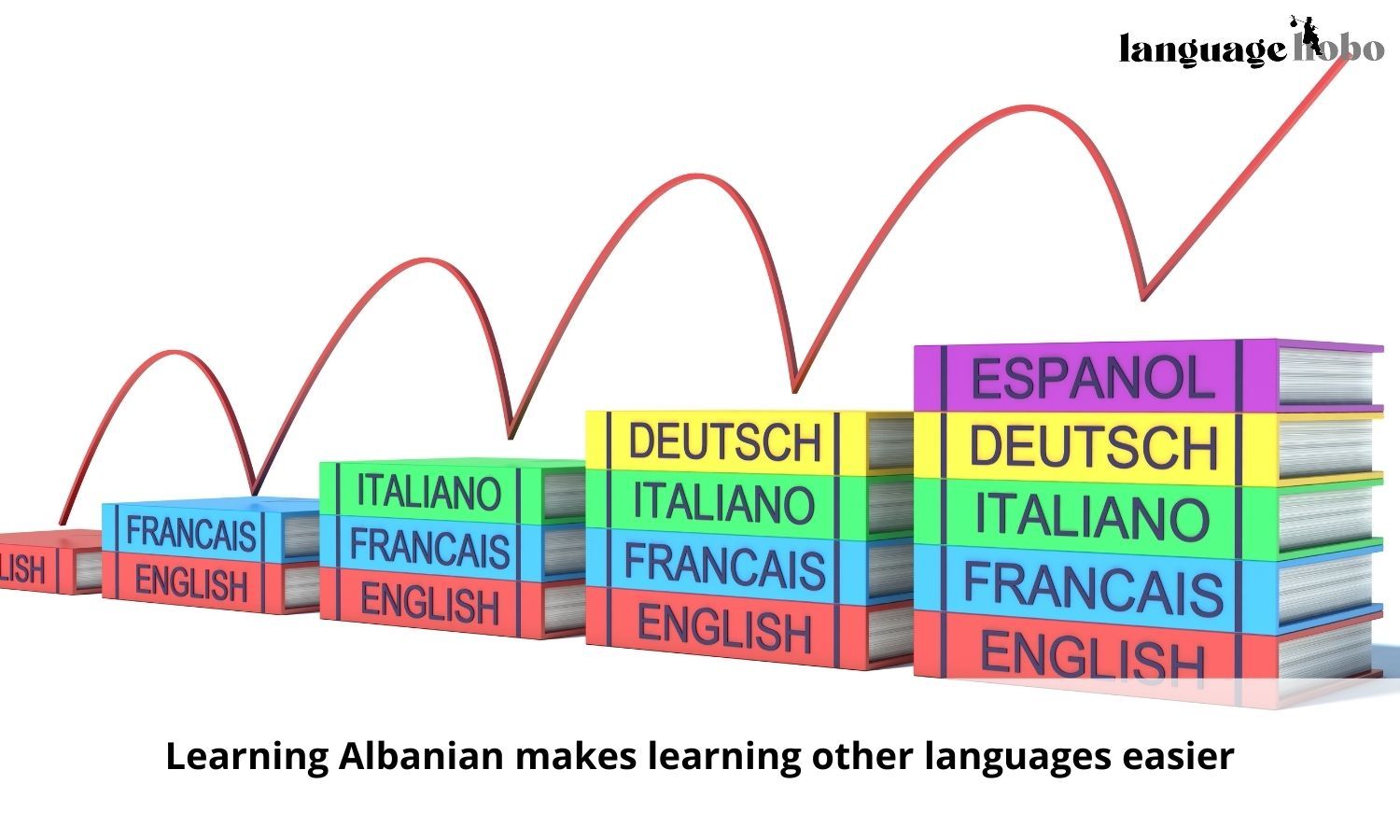 Because Albanian is not related to any other major language family, it can be quite challenging for English speakers to learn. However, this also means that it can act as a ‘bridge’ to learning other languages.

Once you’ve mastered Albanian, you may find that learning other languages – say, one of the Romance languages – becomes easier, as you will have already learned how to deal with a completely different grammar and vocabulary.

You’ll pick up some Turkish and Greek along the way

Albanian has been heavily influenced by both Turkish and Greek over the centuries, as a result of the Ottoman and Byzantine Empires. As such, it has borrowed many words from these languages.

You’ll be able to impress your friends and family

Learning Albanian will give you a unique skill that not many people have. This can be a great conversation starter and will make you the go-to person for all things Albanian in your social circle.

You may even find that you become something of an expert on Albania and Albanian culture, impressing your friends and family with your knowledge.

As Albanian is not a widely spoken language, it can be useful for communicating in secret. If you need to write down some sensitive information or share a secret with someone, doing so in Albanian means that there is less chance of it being understood by others.

There are many reasons to learn Albanian, whether you’re interested in the history and culture of the Balkans, looking for a mental challenge or simply want to impress your friends and family. Whatever your motivation, learning Albanian can be a rewarding experience.

Get started by learning how to greet in Albanian, or check out our list of the best Albanian language learning books for beginners.