The Origin Of The Albanian Language

Scholars have long debated the origins of the Albanian language. Some say that it derived from Illyrian, while a few claim that it is a descendant of Latin. There are features of Albanian that support this theory, including its similarity to other Romance languages. Some also believe that Albanian is a combination of multiple languages.

Theories abound about where Albanian came from and how it developed over time, but there is, as yet, no definitive answer.

In this blog post, we’ll explore some of the most popular theories about the origin of Albanian and discuss how they came about. We’ll also look at some of the ways Albanian has been influenced by other languages, and what similarities it has to them.

How old is the Albanian language?

Albanian is thought to be around 2000 years old. This estimate is based on the earliest known written texts in Albanian, which date back to the 15th century. However, some scholars believe that it may be even older than this, and that it may predate Greek.

Which language did Albanian derive from?

The Albanian language has been linked to Illyrian (a group of ancient languages spoken in the Balkans), Latin, Slavic, and even Ancient Greek. The most likely source, however, is Illyrian.

This theory is supported by a number of features of Albanian that are consistent with those of Illyrian, including its grammar and vocabulary. Plus, Albania is located in the area that was once known as Illyria. German and Austrian scholars were the first to propose a connection between these two languages.

Why is Albanian so different from other languages spoken in the Balkans? 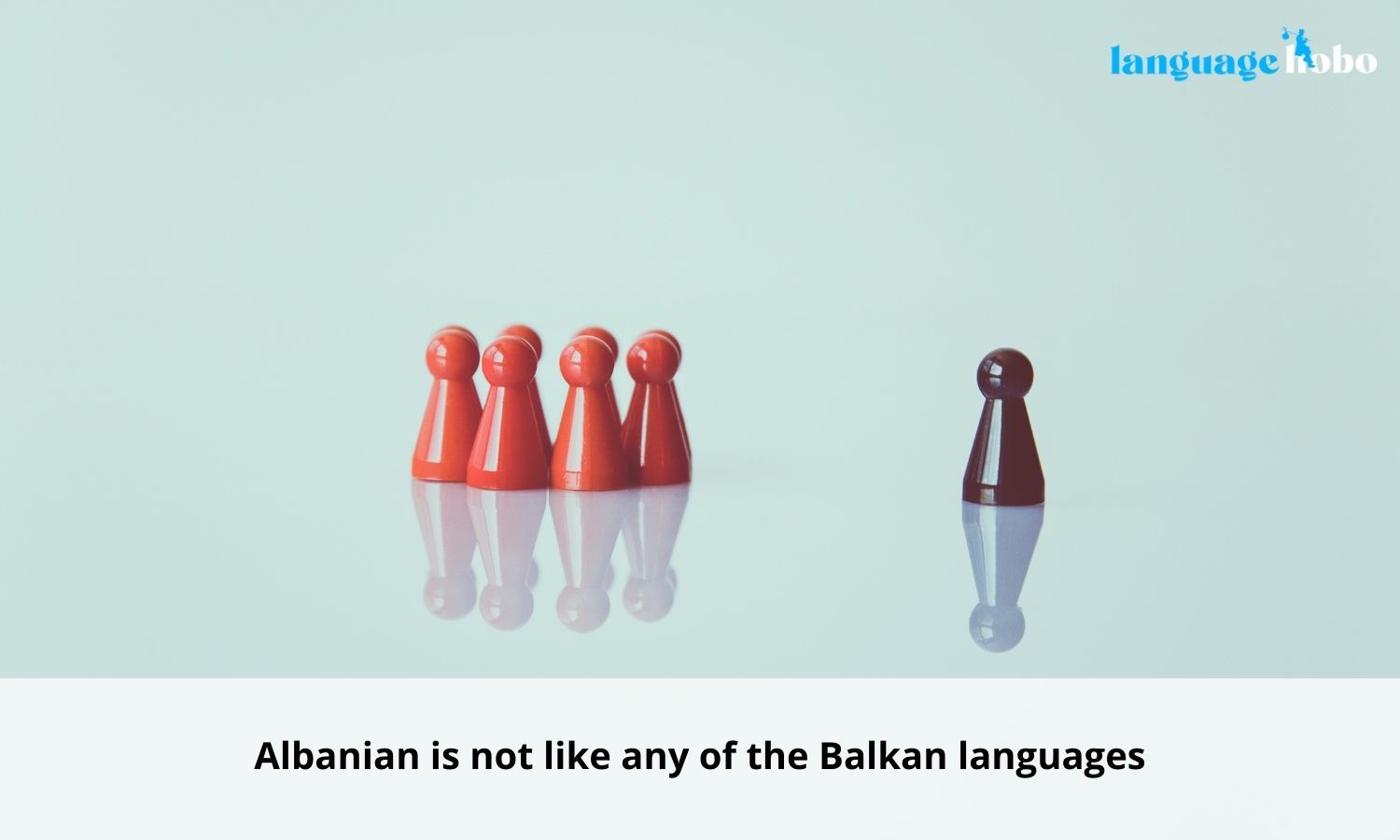 The Albanian language is unique among the languages of the Balkans. It is not a Slavic language like most of the others, nor is it descended from Greek. Albanian is also not related to any Turkic languages, although it does have some loanwords from Turkish.

The reason why Albanian is so different from the other languages spoken in the Balkans is not completely known. It is possible that Albanian was brought to the Balkans by settlers or invaders from another region.

Another theory is that Albanian developed independently from the other languages in the area through isolation.

Which languages have influenced Albanian?

Albanian has been influenced by a number of languages over the centuries, including Latin, Greek, Slavic languages, and Turkish. More recently, Albanian has also borrowed words from Italian, French, and English.

The most significant influence on Albanian, however, has been Latin. This is evident in the large number of loanwords from Latin that are found in Albanian. For example, the Albanian words for “school” (shkollë) and “book” (libër) are both derived from Latin. It’s also evident in the some aspects of the grammar – in particular the case system, where Albanian has the same 6 cases as Latin, something even the Romance languages don’t have.

There’s also evidence of both Ancient and Modern Greek influence. This is suggested by the presence of a number of words in Albanian that are similar to those in Greek. For example, the words for “library” (bibliotekë) and “to clean” (të pastrosh) derive from Greek.

How many Turkish words are in the Albanian language?

The Turkish language has also played a significant role in the development of Albanian, particularly in the Gheg dialect, which is spoken in the north of Albania. It is estimated that around 15% of the words in Albanian are of Turkish origin. For example, the Albanian words for “nightingale” (bilbil) and “shopping” (pazar) are derived from Turkish.

One reason for the heavy Turkish influence is that Albania was part of the Ottoman Empire for hundreds of years, from the 14th century until the early 20th century. During this time, many Turkish words were borrowed into Albanian.

Although several of these words now have Albanian equivalents, they are still used in everyday speech.

(This article takes a deeper look at the relationship between Turkish and Albanian.)

What language is closest to Albanian? 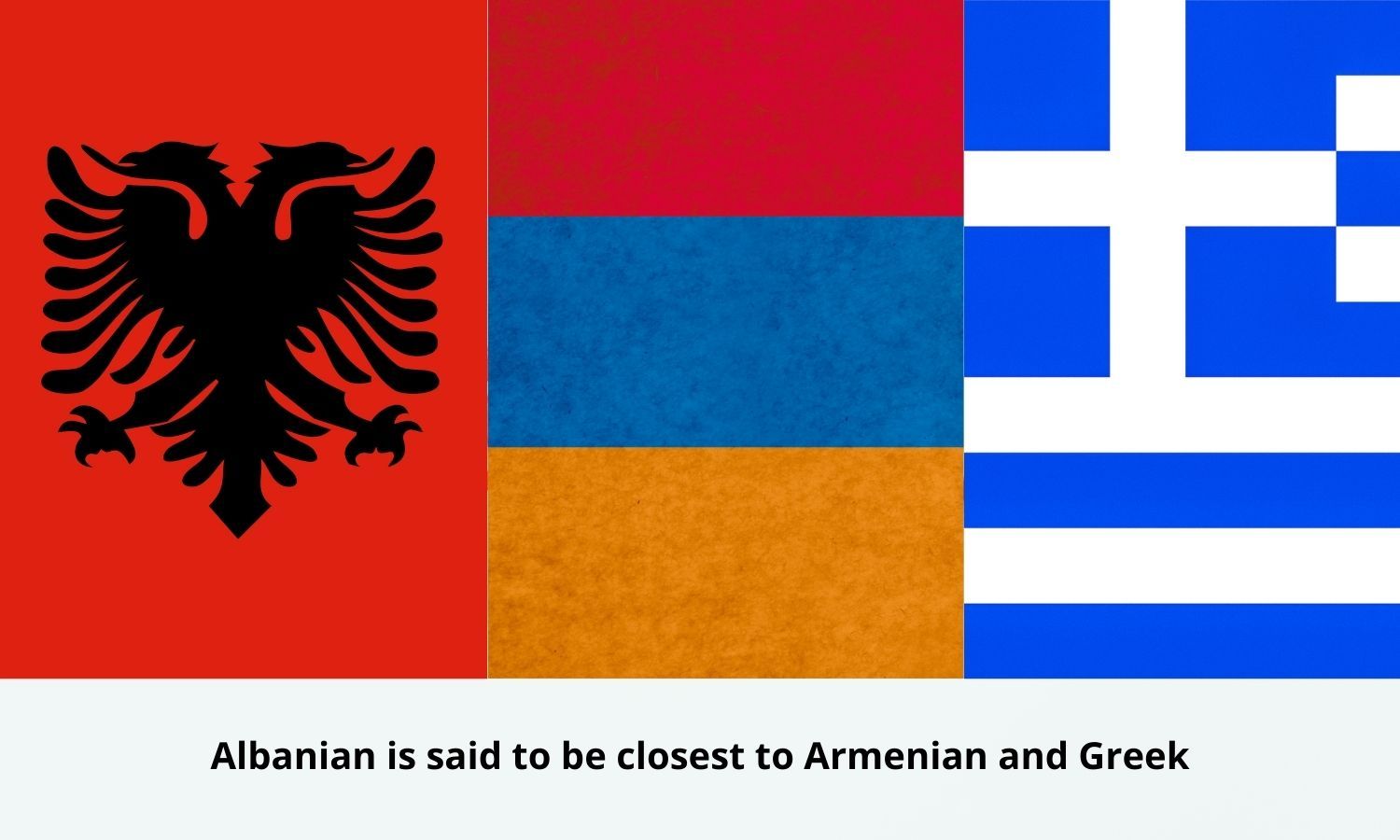 Albanian is considered a language isolate, which means that it is not closely related to any other language. However, Greek and Armenian seem to be the closest languages to Albanian in terms of grammar. But this is still a matter of debate among linguists.

Is Albanian similar to Russian?

No, Albanian is not similar to Russian. Although both languages belong to the Indo-European language family, Albanian has very little in common with Slavic languages like Russian.

The Albanian language is a unique and ancient language that has been influenced by a number of other languages over the centuries. The most likely source of Albanian is a combination of Illyrian, Thracian and Dacian, but the exact origins of the language are still unconfirmed.

What is clear, however, is that Albanian has been influenced by almost all the major languages spoken today, to the point that very little of its original vocabulary remains. This makes Albanian all the more fascinating to study.

Ready to learn some Albanian? Jumpstart your studies with some common Albanian greetings, or read some Albanian love poems with their English translations.