The Best Basque-Language Movies To Watch On Netflix And Amazon

We all love watching movies. They’re a great way to relax and unwind after a long day. But did you know that they can also be used as a tool for learning a new language?

That’s right, watching movies in your target language can be an effective way to improve your skills. If you’re learning Basque, you’ll be on the lookout for some entertaining Basque-language movies to watch in order to improve your comprehension and vocabulary.

Netflix and Amazon are great places to start your search. Though their selection of Basque-language movies is small, they do have a few good titles that are worth checking out.

In this article, we’ll share with you the top 7 Basque-language movies that are currently available on Netflix and Amazon, provide links to them, and also recommend a place where you can find loads of movies that have been dubbed into Basque. 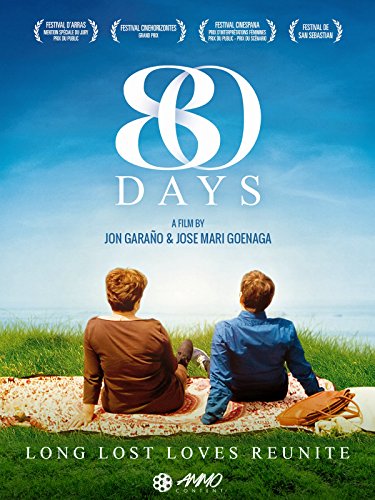 In “80 Egunean” (80 Days), two old friends reconnect after 50 years and explore the feelings they had for each other all those years ago.

Axun, now married, begins to question her marriage and what could have been as she starts to feel things for Maite that she never felt before. The film follows their journey of self-discovery as they rekindle their relationship and explore the possibility of a future together.

You’ll laugh, you’ll cry, and you’ll be rooting for these two old friends the whole way through as they discover what it means to truly love someone.

The movie is available to rent and buy on Amazon.

In his documentary “Euskal pilota: larrua harriaren kontra” (The Basque Ball: Skin against Stone), Spanish filmmaker Julio Medem explores the complicated and violent relationship between the Basque nationalist movement and the Spanish government.

Interviewing politicians, novelists, musicians, and other commentators, Medem attempts to explain both sides of the conflict and create a dialogue between the parties.

Although this movie isn’t exclusively in Basque, a good chunk of it is, so learners of the language may find it interesting.

Available to buy from Amazon.

The plot follows a group of five teenagers who are arrested and accused of witchcraft after they are caught celebrating a party in the woods.

Judge Rostegui, who has been tasked with purifying the region by the King, tortures the girls to force them to confess and tell him what they know about the akelarre, a ceremony with magical connotations.

The movie culminates with a chase through the woods and a cliffhanger ending.

“Akelarre” is a fascinating exploration of religion, superstition, and power dynamics in early modern Europe.

You can watch Coven of Sisters on Netflix now. 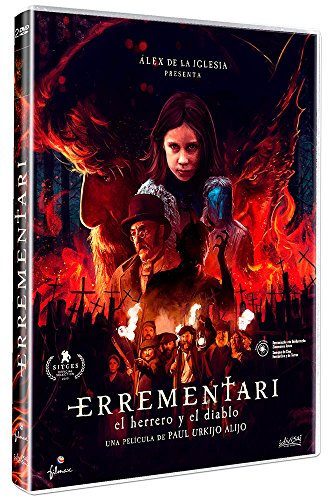 “Errementari: el herrero y el diablo” (Errementari: The Blacksmith and the Devil) is a dark fantasy comedy movie set in the 1800s.

The movie follows a blacksmith who captures and tortures a demon, and the orphan girl who releases the demon from its enclosure.

The movie is based on a Basque folktale, so anyone interested in the culture will find this movie fascinating. This is a must-see for anyone who loves dark fantasy and wants to learn Basque.

Errementari is available to watch on Netflix and to buy from Amazon.

“Handia” (Giant) tells the story of Miguel Joaquin Eleicegui, a man who suffered from gigantism and was known as the “Giant from Altzo”.

Martin, Miguel’s older brother, returns from war to find that his younger brother has grown to an extraordinary height. In the hopes of making some money from this unique situation, the brothers set out on a journey across Europe as a circus act.

This story follows the family as they experience success, fame, and fortune. It’s based on a true story and is set in the 1800s.

You can watch Handia now on Netflix. 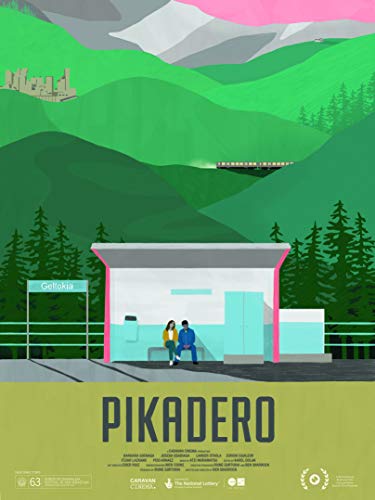 “Pikadero” is a movie about a young couple struggling to find privacy and intimacy in a time of economic crisis. With both of them living at home with their parents, they are forced to get creative in order to find places to be alone together.

They discover “picaderos” – public places where young people go to hook up – and begin using them for their own purposes. However, the challenges of their relationship are not over, as they face the reality of a crumbling economy.

“Pikadero” is a funny, honest look at love and struggling to make ends meet. It’s a relatable story for anyone who has ever felt the pressures of financial insecurity.

Pikadero is available to rent or buy on Amazon Prime. 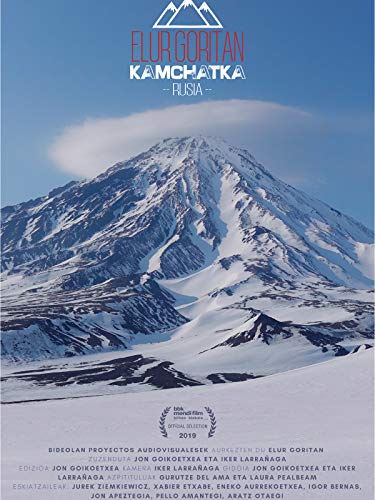 “Elur Goritan” is a short-film documentary about eight adventurers who travel to Kamchatka, Russia to ski and explore the area’s mountains and volcanoes. This is a dream come true for the group, and they are determined to make the most of their time in this isolated and wild land.

This 2013 film is 14 minutes long and is in Euskara (Basque) with English and Spanish subtitles.

You can rent or buy Elur Goritan on Amazon Prime.

These are pretty much all the original Basque-language movies available online. As you can see, there isn’t much. That’s why you should also consider watching movies with Basque dubbing, to give yourself greater variety.

There are plenty of modern English-language et al movies that have been dubbed into Basque; it’s just a case of knowing where to find them. Luckily, we’ve done the hard work for you.

Where to watch movies with Basque dubbing?

Euskal Encodings is a site that specializes in Basque-dubbed movies and TV shows. It has a wide range of titles, from blockbuster movies to classic TV series, all available to stream for free.

This is a great resource for language learners, as you’ll be able to watch English-language movies you’re already familiar with in Basque, thereby increasing your comprehension.

The site doesn’t host the movies themselves, you’ll be directed to mega.nz where you can stream them.

We’d advise using a VPN to watch these movies, as the site is in a slightly gray area. Nord VPN is affordable, has servers in dozens of countries, and has a good reputation. 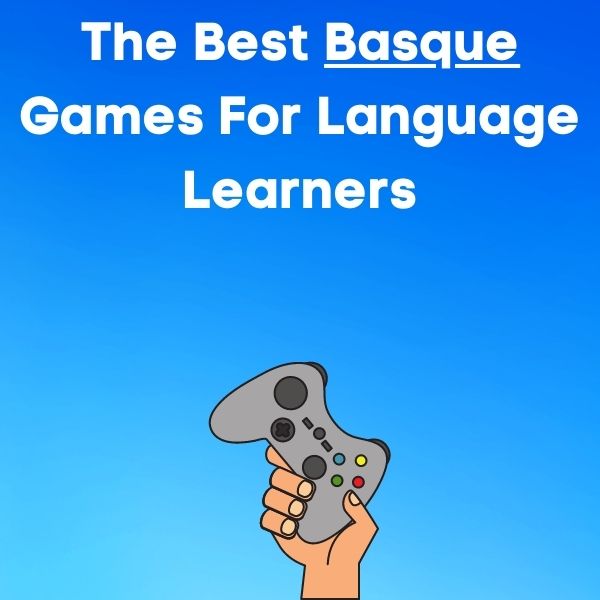 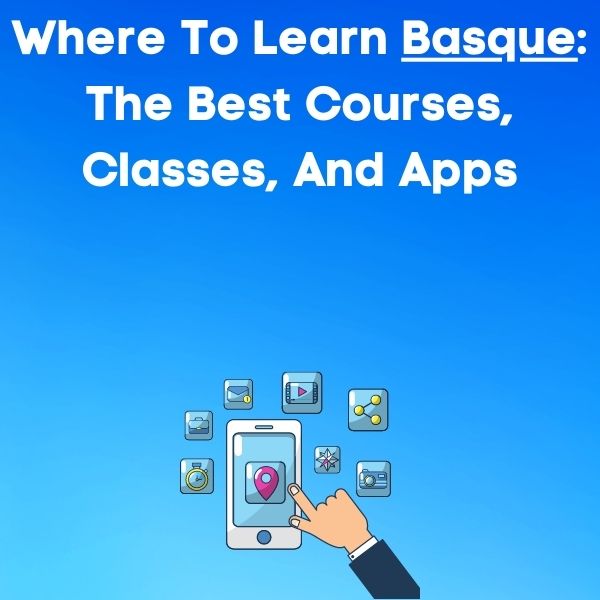 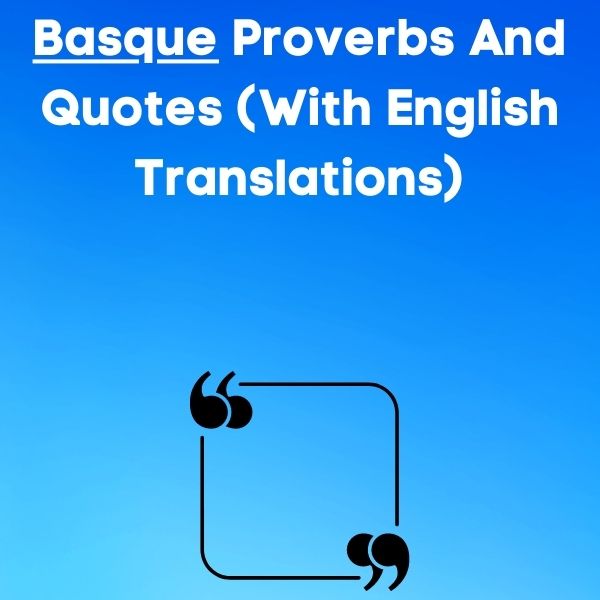