Can You learn A Language By Watching TV/Movies?

Table of Contents show
1 Why should you learn a new language through movies and TV shows?
2 Why you shouldn’t rely solely on this method
3 What’s better for learning, movies or TV?
4 What’s the best way to use media to learn a second language?
5 Conclusion

Watching TV and movies can be a great way to learn a foreign language. It’s fun, easy, and you’re more likely to retain much of the vocabulary you pick up. Regular watching will get you used to speech patterns, pronunciation, and you can even pick up lots of slang.

BUT… before you park yourself in front of the television for the next few months, and do little else, you should know that there’s a caveat to this method of language learning. If you think you’re about to learn through sheer osmosis, think again!

Let’s examine this in more detail so you can utilize this method more effectively.

Why should you learn a new language through movies and TV shows?

Most of us enjoy watching movies and shows in our everyday lives, and being able to incorporate that into our learning would make the process much easier.

This is also an awesome (and sometimes the only) way to hear natural speech when you have no native speakers around you. The benefits of learning this way are vast.

Context: You’ll be able to see how words are used, and in what context, giving you a more natural understanding of the nuances of language, so the words are no longer just abstract.

Memory: With both your visual and auditory senses working together, you’re much more likely to retain what you learn; and in future you’ll be able to recall words a lot faster while recalling the image you watched. Your emotional connection to the material you’re watching will also help in storing words and their meanings away for safe keeping.

Pronunciation: Hearing the way native speakers use their language in its most natural state will do wonders for your fluency goals. You’ll learn how words are supposed to be pronunced, and hear where to place stresses and inflections in your sentences. The more you hear, the more you’ll be able to reproduce the language with greater precision.

Replay: You can pause and replay something you missed or didn’t understand, giving you time to look up words. 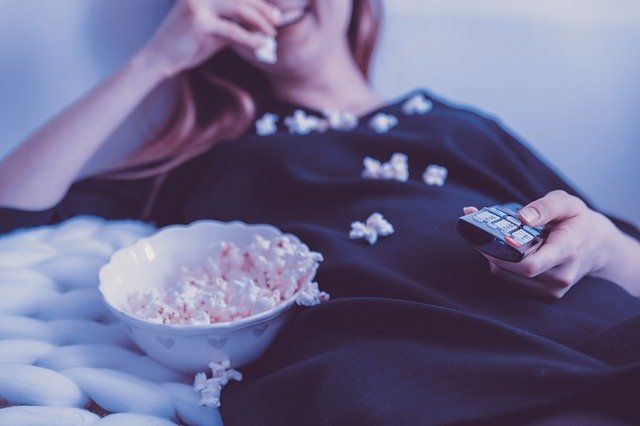 Why you shouldn’t rely solely on this method

If you’ve never taken a single course, whether paid or free, digital or in a classroom, and you’ve never picked up a book to learn at least some vocabulary beforehand, you’re not going to get much out of watching a movie in your target language.

(In theory it might be possible, if you were willing to dedicate every waking moment of your life to only watching movies/TV, and never speaking in your native tongue again.)

You will pick up some words over time — simple stuff like greetings and salutations (and maybe a curse word here and there, depending on what you’re watching), but that’s about it.

You’ll need a way to sort out the new words you learn, and decipher them; Passively watching TV simply wouldn’t allow you to do that.

The way we learn to speak our native tongue as children is through a combination of things:

You wouldn’t get any of this from merely watching movies. You have to live and breathe your target language, just as you did your native one.

Now, this doesn’t mean you shouldn’t start watching target language entertainment right away. On the contrary; get stuck in as soon as you can, so you get used to speech patterns early on.

From my own experience I’ve found that watching foreign TV shows, or better yet soaps, works best when learning a new language.

Due to the serialized nature of shows/soaps, you’ll be able to see storylines progress over time, and start to get more context for words and terms being used.

It’s also not uncommon to hear characters repeat things over and over again, allowing you to pick up common, frequently used terms.

A two-hour movie simply doesn’t have enough repetition to be as effective. Not in the early stages, at least. Once you’re more comfortable with your target language, by all means watch as many films as you like.

Genre is also important. If a show/movie uses too much scientific, legal or business jargon, it will be much harder to follow.

Action movies, by their nature, are light on dialogue. This could be a good thing or a bad thing. Good when you’re first starting out, as the story will be easy to follow, but not so good when you’re actively trying to boost your vocabulary.

Children’s entertainment, namely cartoons, are what most people start out with, due to their relatively easy, child-friendly dialogue, and intriguing storylines.

Comedies might have too much nuance, and rely heavily on cultural jokes that you would not know as a new learner.

Some people say that native language programs dubbed in your target language are great because the dubbed voices usually speak slower in order to sync with the actors. I’ve found this to be the case, and thus my early forays into foreign language material began with English shows dubbed in Spanish, French etc.

You should choose entertainment that you would normally watch in your native language, because we all know that if we have fun while learning something, we’re more likely to remember it.

What’s the best way to use media to learn a second language?

There are these really neat inventions, I don’t know if you’ve heard of them. They’re called SUBTITLES! Haha. 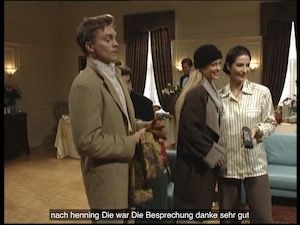 Seriously though, subtitles are so underrated. I don’t mean the ones in your native tongue, I’m talking about target language subtitles. These have been invaluable to me on my language learning journey.

The ability to watch and read at the same time breaks down the material in a way that makes it easier to follow, and thus more useful for building your vocabulary.

Native speakers tend to mesh their words together in a way that sometimes makes it difficult for non-natives to understand them. With subtitles, you’ll be able to see all of those smooshed-together words separated and easy to follow.

They also make it easier to look up new words in a dictionary, now that you can see how to spell them.

Having a blank vocabulary notebook and dictionary app on hand whenever you sit down to watch is key. You can write down new words as you learn them, look them up, then go back over them until you’ve stored them in your longterm memory. I like to use this one from Amazon.

There are plenty of flashcard/memorization apps out there that you can load up with new words. Google Translate also has an online notebook that stores your saved translation searches.

COOL TIP: Check out YouTube and some of the streaming services; many offer dubbed programming with matching subtitles. Also, look out for bargain secondhand DVDs that include dubbing/subtitles in your target language. You can usually pick these up for pennies from places like eBay and Amazon.

For me, watching soaps in particular has been instrumental in improving my listening and pronunciation skills. The wonderful thing about this method is that you can wile away hours watching TV and not feel guilty about being unproductive. Hehe.

Now, while it would be almost impossible to gain fluency through movies and TV shows alone, in conjunction with other resources this method can be extremely powerful and should not be skipped or underestimated.