Table of Contents show
1 How do babies learn languages?
2 What are some of the benefits of teaching babies new languages?
3 When should I start teaching my baby a foreign language?
4 How do you learn a language with your baby?
4.1 Popular nouns and phrases
4.2 Nursery rhymes
4.3 Cartoons
4.4 Books
4.5 Bonus tip: Hire a foreign nanny
5 How will this help you?
6 Conclusion

Teaching a new language to your baby or toddler is a great way to learn it yourself. The process of teaching something to others can solidify your knowledge and make words and concepts more memorable. You’ll also be encouraged to learn as much new vocabulary as possible in order to pass this on to your child.

How do babies learn languages?

Babies and young children pick up languages much easier than adults, because, at a young age, their brains are designed to continuously absorb lots of brand new information without any of the time constraints or inhibitions that come with learning things at a much older age.

Everything has to be learnt from scratch anyway. Thus, it’s possible to teach a baby several different languages simultaneously, as it makes no difference to them – they absorb it the way they would everything else they learn.

What are some of the benefits of teaching babies new languages?

Among other things, which you can read about in my post The top 12 reasons to learn a second language, studies have shown that, because of their ability to switch between languages, bilingual people can process information faster than monolingual people, and they’re more analytical.

By introducing your baby to a new language early on, you give them an edge in future language learning. Being able to differentiate between the constructs and grammar of two different languages will make it easier for them to parse that of other languages they encounter.

When should I start teaching my baby a foreign language?

The sooner you start, the better. If you introduce them to the language right from the start, they’ll quickly pick it up and distinguish it from their native language.

How do you learn a language with your baby?

A warning before you start: You must remember that your native tongue will always be the dominant language – it’s the one you’re fluent in, and the one your baby should also be fluent in.

You should not prioritize the new language over it, i.e. by teaching some things in one language, and other things in the other, especially if you only have a basic understanding of the new one. This could lead to your baby not learning enough of either language in their formative years.

What you should do instead is teach in both languages whenever and wherever possible.

It’s possible to acquire a language by incorporating it into your baby’s regular way of learning. In order to do this effectively, you should use all the usual methods you’ve been using so far to teach them your native tongue.

Children learn through repetition, by hearing the same words over and over again, in all contexts. The best way to introduce foreign words to them is by learning the target language words for common phrases and nouns they often encounter.

As you’re on this journey yourself, and are thus still a beginner, it won’t be possible for you to say everything to them that you do in your native language, but you can say simple things. You’re perfectly capable of learning the single words for items your baby regularly uses or sees.

Common questions – “Are you tired/hungry/thirsty?” “What’s the matter?”

Use these regularly, and switch between the languages often, so your baby learns both at the same time. You could, for instance, ask them if they’re hungry in your native language, before immediately asking in the target language. 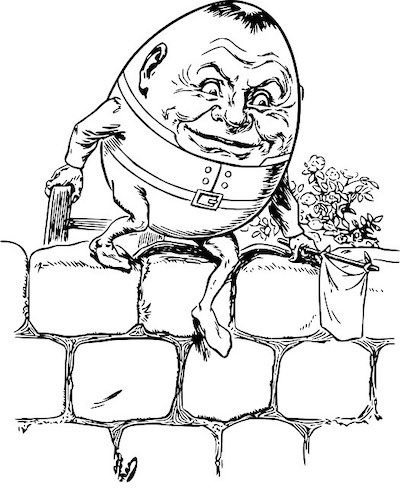 Nursery rhymes are a great way for children of any age to pick up a language, and they work especially well with babies. They’re short, melodic, introduce new words and concepts, and they rhyme, making them very easy to remember. This type of rote learning at an early age is extremely effective, as the language becomes a part of the subconscious.

How to use nursery rhymes to learn a language:

1. Find nursery rhymes in both languages (native and new), and sing or play them regularly. What will happen is, because of the melody, your baby will naturally remember both versions; and when the time comes to speak, they’ll be able to sing both of them.

Example: Head, shoulders, knees and toes and Twinkle, twinkle, little star, among others, have been translated into many languages.

2. Find foreign language exclusive nursery rhymes famous in the target language, learn those, and sing/play them to your baby. Nursery rhymes in general often have cultural significance, and introducing foreign ones to your baby, the way native children would learn them, connects them to that culture. If you can, look for English translations, so you understand what’s being sung.

For an awesome, free site that has nursery rhymes in many languages, complete with audio, text, and English translations, check out MamaLisa. 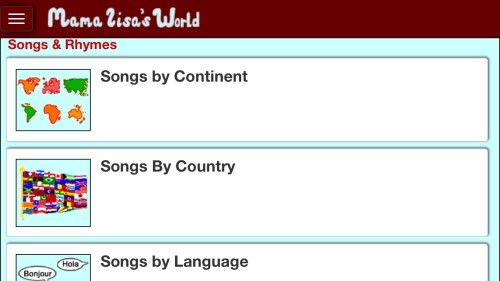 Paperback books filled with some of the foreign language nursery rhymes from the site are available from Amazon.

Just like nursery rhymes, cartoons are a great way to introduce a new language to babies, and you’ll enjoy them, too. They’re fun, colorful, and memorable. The most effective way to use them is to find dubbed cartoons that come in both languages. Kids can and do often watch the same episodes over and over again, so 50% of the time they should be in one language, and 50% of the time in the other. 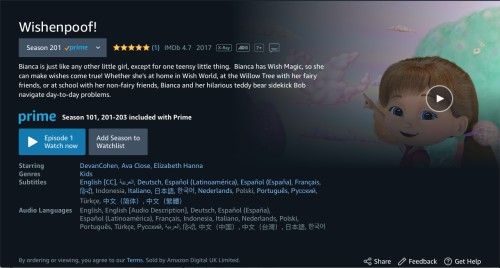 Amazon Prime has a decent selection of cartoons with a dozen or more dubbed languages and subtitles to choose from. Some of them are:

Another place to find them is on Youtube. Bookbox is perhaps the most well-known channel. It covers dozens of languages, using the same cartoons, and includes subtitles to go with the audio. It’s designed specifically for teaching children foreign languages, so the cartoons are short and simple, yet very useful.

Reading simple foreign language picture books to your baby is also recommended. You should seek out the audio versions beforehand, if available, so you know how to pronounce the words. Foreign language children’s books can be found in libraries, bookshops in cities with large immigrant communities, or from online stores like Amazon. 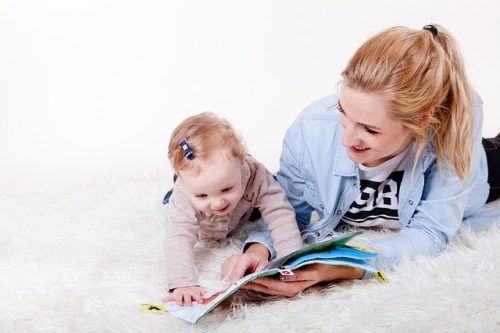 Books with parallel text are ideal in this situation, as you can read the story in one language, then immediately read it again in the other. This way you’ll be able to follow the story better, and you’ll pick up loads of new words.

For a detailed look at how reading can speed up language acquisition, check out my post Learning a language by reading books.

Though this won’t be possible for most people, where it is, you should consider it. Having a nanny who speaks to your child solely in their native tongue is how many children become fluent very early on. And because your child will be communicating in both languages around you, you’ll start to pick things up from them. This might also encourage you to do some independent study.

This is practiced all over the world, and is highly recommended for natural fluency. Your baby will learn the foreign language as naturally as they do their native one, making them bilingual.

How will this help you?

When your baby learns, you learn. Everything you pick up you’ll pass on to them, and through repetition, you’ll gradually get used to using the foreign words. When your baby starts using them, too, you’ll be more inclined to respond in the foreign language.

As we already know, frequent use leads to fluency. Because you’ll be using the language often, this gives it the opportunity to truly sink in and become part of your subconscious, as it will with your baby.

Finally, you’ll be incentivized to spend more time studying the new language, as you’ll want to learn more words to teach them. You’ll also ensure that you learn to use the language correctly so they can speak it well.

The benefits of learning a language with your baby are vast. And with so many free and affordable tools and resources available online, there’s no reason that any baby should be monolingual. It isn’t necessary for monolingual parents to strive for fluency, but it’s more than possible to teach your baby, and yourself, enough basic language to express yourselves.

It should also be a fun, stress-free endeavor for both parent and child, which is why I recommend using lots of entertainment as a teaching mechanism. This way your baby acquires the language naturally, doing things they enjoy.