If you’ve just embarked on your language learning journey, or you’re already a seasoned vet, at one time or another you will have experienced everything on this list. And if you haven’t yet, don’t worry, because it’s coming.

I’ve lost count of how many times I’ve fallen victim to this particular obsession. It was a lot worse during the first couple of years of my language journey, when I didn’t know any better.

Whenever I went abroad I’d visit book shops and charity shops hoping to pick up some bargain books in different languages I never really intended to learn. Needless to say, my bank account wasn’t very pleased.

I’m still guilty of this today. I watch soaps in both German and Spanish religiously, yet I don’t watch English soaps. At all.

The way I see it is that watching soaps in your native language is merely for entertainment purposes; whereas in foreign languages, it’s a form of studying.

Oh, I remember my initial list of languages I wanted to learn before I die. It had around 20 languages on it. I was so naive…

Over the years, I watched that list shrink and shrink, and now the number stands at something like 10. Still a huge feat, but much more manageable.

You’ll experience something similar until you’ve spent some time actively learning a new language. It’s easy to get caught up in wanderlust when you first start out; and those early lessons you take make you think the whole language will be a breeze.

But you’ll learn quickly that there’s only so much you can achieve in this lifetime, so you’ll reduce that list down to only the languages you’re desperate to learn, removing those you have merely a passing interest in.

Believe it or not, this is very common, and can happen to both new learners and experienced learners alike. For new learners, this mainly occurs because you tend to store your native language version of the conversation in your memory, usually because your language skills aren’t quite strong enough to remember all of the foreign words and their order.

For fluent speakers of multiple languages, this will be a regular occurrence, especially if they find themselves having to switch between languages throughout the day.

Okay, so this is super snobby, but what can I say? Anyone can learn a new language; monolingualism is a choice (and a bad one at that). In this day and age, with such easy access to knowledge, most of which is free, there’s simply no excuse to stay monolingual. There’s also no benefit to it.

We’ve all been there. That moment when you put down the books, switch off the apps, step out into the world, and speak in your new language for the first time. It’s terrifying, and you might just break out in hives!

Don’t panic, though. No one will judge you. You’re going to make plenty of mistakes – this is to be expected. Once you get over this first hurdle the others will be less painful.

Haha, this one seems a little creepy (and it is), but my ears prick up any time I hear someone speaking one of the languages I’m learning. I’ve also been known to start up conversations with them in said language. So far, no one’s told me to get lost yet.

This, unfortunately, happens to me a lot. It’s totally unhelpful, but I suppose, as with everything else on this list, it’s a sign of progress in your new language. So don’t sweat it. 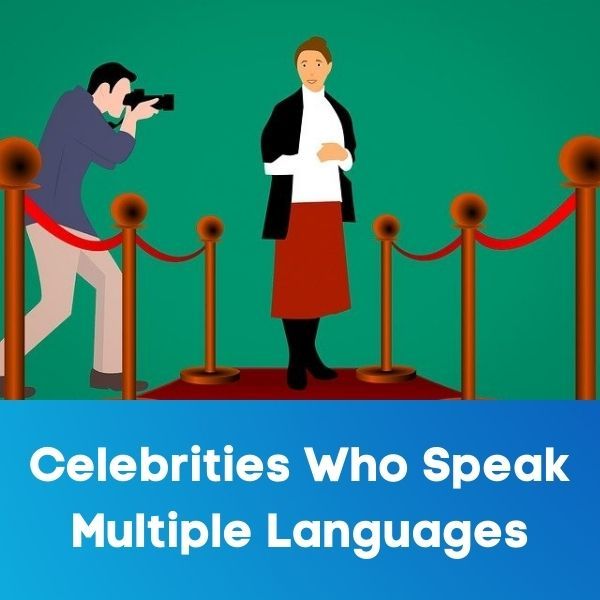