Learning A Language That Lacks Resources

Table of Contents show
1 Why do some languages have plenty of resources?
2 How can you find resources?
2.1 Search Google
2.2 Search Reddit
2.3 Search YouTube
2.4 Visit target-language websites
2.5 Find language exchange partners
2.6 Visiting the country
3 Why bother learning a language with scarce resources?
3.1 Globalization
3.2 Easy to practice when abroad
3.3 Could be lucrative
4 Conclusion

The harsh reality of life is that some languages – most, in fact – are harder to learn than others, simply because there aren’t enough learning materials available, either online or off. However, though more difficult to learn, they’re not impossible; and there are a handful of ways to find what you need in order to learn them.

Why do some languages have plenty of resources?

We all know that it’s a cakewalk finding learning materials for certain languages, and not so much for others. This can be due to a number of reasons, including one or more of the following:

Think about European languages. It would be relatively easy to find learning materials for most of them, no matter where you are in the world, as online courses, apps, books, YouTube videos etc. abound. Educated natives have a vested interest in teaching others their language, and are able to easily instruct learners through written and audiovisual methods.

Some Asian languages also fall into this category. Mandarin, Japanese, Korean, and Hindi have plenty of online resources to choose from, including lots of media (movies and TV shows) that can be used to improve skills.

Things start to get more complicated when you want to learn many of the lesser known Asian languages, or most of the African and Middle Eastern languages, number of speakers notwithstanding. If you’re trying to find a comprehensive course on, say, Dogri (one of the official languages of India), or Kinyarwanda (the official language of Rwanda), you’re gonna have a much harder time.

How can you find resources?

If you’ve looked at all of the popular apps, like Duolingo, Memrise, Pimsleur, Utalk, etc. and come up trumps, you’ll have to consider other methods.

You can likely find a handful of websites that offer basic lessons, usually with flashcards for common nouns. Drill these words into your head. Learn whatever you can, from wherever you can, and don’t be picky. It might seem entry-level, but every little helps when you’re learning a language with few resources.

Believe it or not, Reddit is a great place to find useful information and links to free language resources. You should try a language search first, then a country search. You should be able to find people willing to share the materials they’re using to learn the language.

Example: I recently picked up a very detailed Kinyarwanda PDF course from a Reddit user, which will come in very handy for when I’m ready to learn the language.

Native enthusiasts often make YouTube videos teaching their language to beginners. They vary in quality, but in general you can still pick up loads from them. You’ll likely find at least a couple of videos in any language you want to learn, though the more obscure it is, the fewer videos you’ll find.

YouTube videos are great because they’re free and you’ll learn the correct pronunciation from the start.

Even though you might not have heard of any of them, there are tens/hundreds of thousands of website pages written solely in your target language, on a wide range of topics.

This report by W3 Techs shows which languages the Internet is used in, their percentages, and the most popular sites using them. From some of these sites, you’ll be able to read and sometimes watch as much content as you like, all in your target language.

Obviously, these aren’t specifically for learners, but because many of these sites allow you to switch to English, you can pick up loads of vocabulary by switching from English to the native language. It will be similar to parallel reading. (For information on how useful parallel-reading can be, check out my post Learning A Language By Reading Books.)

We can’t forget these guys. Once you’ve learned a thing or two, hop onto one of the free language exchange apps, like Tandem and Amikumu, and find some native speakers to chat to.

State your level so they know what to expect. These apps cover hundreds of languages, so you should be able to find someone to speak to. You can choose to communication via text, audio or video chat.

I would only recommend this when you’ve learnt at least enough to hold a basic conversation, otherwise it won’t be worth it, and it might even turn your language partner off. 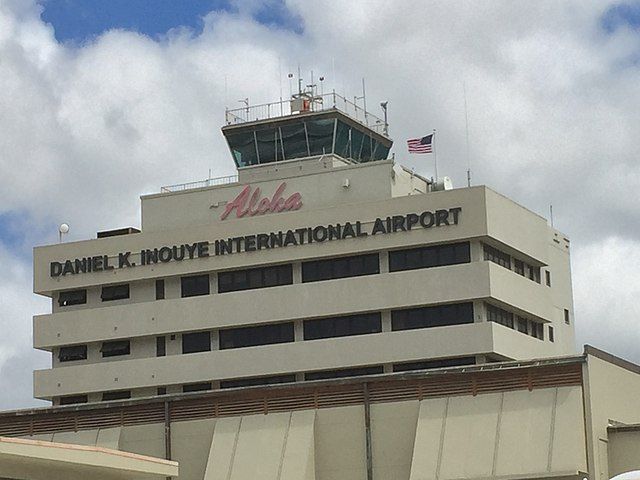 When all else fails, and you really can’t find anything substantial, your best bet is to visit the country where the language is spoken. It doesn’t have to be a long trip – a few days to a couple of weeks should suffice, if that’s all you can manage.

This would actually be the ideal scenario, because not only will it allow you to pick up target-language materials, and sometimes really cheaply, you’ll be able to chat with locals, practice what little you know, and hone your verbal skills. If you choose to stay in an area where English isn’t known or used, this will force you to speak the target language.

When buying books, check out charity shops. Regular bookstores sometimes have sales on, so you might be able to find discount books and audio courses aimed at English-speaking expats. I was able to cheaply acquire several Swedish books and a Danish book when I visited both Malmo and Copenhagen.

Why bother learning a language with scarce resources?

As the world becomes more globalized, more and more of these languages will need to be learned, for the sake of international business and trade, among other things. Most people don’t speak English and won’t learn it, so at some point English-speakers are going to have to use other languages to communicate with their trading partners.

Easy to practice when abroad

Also consider the fact that many of these languages sometimes have tens of millions of speakers, most of whom won’t have any languages in common with you, which means that you’ll have plenty of opportunity to practice when you meet them abroad.

Depending on which language you’ve chosen, and what career you have, you might become invaluable as an interpreter or translator down the road. Language skills, particular in lesser known languages, are in high demand. Employers are willing to pay extra for employees who speak more than one language. (Check out the post Can Learning a Foreign Language Create Job Opportunities? for a look at how multilingualism can be financially beneficial.)

Another thing that the entrepreneurs or writers among us might find useful is the possibility of creating your own materials – books, cartoons, apps etc. translated by natives, aimed at learners. There’s a wide-open gap in the market for easily accessible children’s books in numerous languages. Not only could this be a neat little side hustle, you’ll actually learn a lot more of the language this way.

It’s going to be tough to learn the less popular languages if you live in a country where learning them isn’t seen as a priority. You’ll grow frustrated when you come up against things you don’t understand and can’t find explanations for, and it will be a challenge to find help or guides.

But it can be, and is, done all the time. You’ll need to have patience. Appreciate that it’s not going to be as easy as learning something like Spanish. Natives online will help you out if you ask them, so don’t be afraid to.