Learning A New Language With A Bad Memory

Table of Contents show
1 Long-term and short-term memory, and their connection to language learning
2 Tips and tricks for storing language in your long-term memory
2.1 Choose a language that shares many cognates with your native language
2.2 Use word association (mnemonics)
2.3 Use words over and over again
2.4 Use flashcards with absurd but memorable pictures
2.5 Choose a language that sounds pleasing to your ears
2.6 Write everything down and review it daily
3 Going forward

How does someone with a bad memory learn a new language? If you have a bad memory, learning anything new will be difficult. Difficult, but not impossible. Developing methods that make it easier for you to recall information will be crucial.

If you’re someone who struggles with your short term memory, I have some good news for you! You’re perfectly capable of learning not just one but many languages.

To understand how to combat this issue, we need to know a few things about how short term and long term memory work. Don’t worry, I won’t bore you with too much scientific mumbo jumbo, we’ll just look at the basics.

The human brain is a remarkable thing. It has a way of segmenting our memories, separating them and storing them in different areas of our brain.

Long-term and short-term memory, and their connection to language learning

Short-term memory: When you first start learning a new language, everything you learn will be stored in your short-term memory. Memories stored here remain only for a short period of time. So you might remember the twenty new words you just learned in Turkish, but maybe an hour or so later you will have forgotten them.

Long-term memory: The memories stored here can last for years and decades. It is crucial that anyone hoping to learn and retain new skills commit them to their long-term memory.

For the learner with a bad memory, your weakness, nine times out of ten, affects your short-term memory. This means that you’ll need to devise ways to quickly store what you learn in your long-term memory. Which in turn means that you’ll have to change the way you store new information right from the first moment you get it, if you wish to retain it.

Tips and tricks for storing language in your long-term memory

Think of your brain as a treasure chest. You’ll need to come up with clever ways to immediately stash everything new in said chest, but you should always have the key with you at all times for when you need to access what’s inside. The different methods outlined below are the keys to the chest that is your brain.

Choose a language that shares many cognates with your native language

One of the easiest methods (though not always the most practical, depending on your reasons for learning your chosen language) is to choose a language that shares cognates with your native language.

What are cognates? They’re words that have the same root, sound, and meaning as words in your native language. For example, the English word “problem” is almost identical in many languages, including French and German. The word “bicycle” shares the same root as Spanish’s “bicicleta”.

For English speakers, many words in the romance languages (Spanish, French, Italian, Portuguese, Romanian) will have lexical similarities, as they all derive from Latin. A whopping 30 – 40% of English words are cognates of Spanish ones, making Spanish vocabulary much easier to remember right off the bat.

If you struggle with vocabulary but not grammar, then choosing a language with the same root as your native tongue will not only help you retain more, but will give you a head start in your target language. 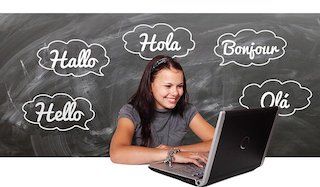 This language hack involves creating links between words in your target language and concepts or phrases you’re already familiar with in your native language. The scientific term for it is mnemonics. The effect is that whenever you need to recall the new word, you have an easy reference to use.

I’ve been using this trick to help me with Russian. As a native English speaker, Russian is very alien to me. And although there are a few cognates in the language, most of it is so distinct from English that I’ve had to completely change the way I store vocabulary.

For example: The Russian word for “we rest” is “(мы) отдыхаем” roughly pronounced at-di-hime. I was having difficulty remembering this word. I realized that it sounded like “at the home”. Now, every time I want to remember the word, I say, “we rest at the home”. It works every time!

Use words over and over again

You should be doing this anyway, but you should especially do this right from the start if you have trouble remembering things. The more you use your new vocabulary, the quicker it will move to your long-term memory. Use it when you think and speak, write it down, say it just for the sake of saying it.

Use flashcards with absurd but memorable pictures

The key to learning a new language as an adult is to make vocaulary memorable. You already know about mnemonics in relation to words, but this trick also works with images. And what better way to learn than to use funny or bizarre pictures that make your new vocabulary unforgettable.

For example, if I wanted to remember the French word for “apple” – pomme – I could draw a picture of a cheerleader with pom poms eating an apple! 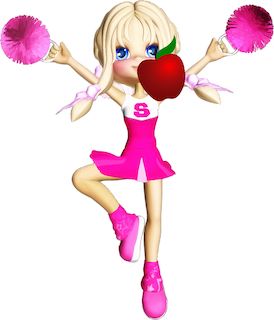 There are many flashcard apps available for desktop, smartphones and tablets. Anki is one of the best, and it’s totally free to use.

If, however, you prefer being able to physically hold the flashcards in your hands and draw your own artwork on them, these affordable, multi-use, dry erase flashcards from Amazon will do just the trick.

Choose a language that sounds pleasing to your ears

One important aspect of retaining vocabulary that is often overlooked is how the words sound to you. If words are melodic, for example, and you’re fond of melodic sounds, you have a better shot at remembering them.

Equally, if you like words that sound fun and adventurous when compared to words in your native language, you might find that you recall them easier than others. For me, German vocabulary is very memorable simply because it’s like the linguistic equivalent of a maze. Long-syllabled words are oftentimes easier for me to recall than many shorter ones. 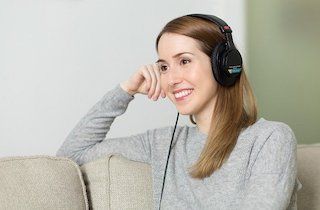 Write everything down and review it daily

The act of physically writing something down, I’ve found, makes it more likely that I’ll remember something than I would if I were typing or tapping out notes on my phone. Physical writing requires more involvement with the material, and more thought, as it’s not easy to simply press delete and start again.

Also, seeing words written in your own handwriting creates a connection that typed words simply do not – not to the same degree, at least.

So keep a designated language notebook closeby, write down all the new words you learn each day, and read over them several times throughout the day, as often as you can, when you start to feel them slipping from your memory. This vocabulary notebook I picked up on Amazon makes the job that much easier.

Things will take a little longer to sink in for you than for most people, that’s just the reality of learning a foreign language when you have poor memory.

The important thing to remember is that you should never be disheartened when you forget things. This is natural, and only requires that you change the way you store important information. By using one or more of the methods outlined above, you can bypass the short-term memory issue altogether, and go on to successfully learn your first second language.

What’s great about this is, once you learn to… learn this way, you’ll be able to apply it to everything.