The 5 Easiest (And Cheapest) Languages To Learn Online

Table of Contents show
1 What makes a language easy to learn?
1.1 Cognates
1.2 The same writing system
1.3 Regular, easy to understand grammar
1.4 Phonetic, easy to pronounce
1.5 Access to resources
1.6 Many native speakers
2 The easiest languages to learn, and why you should consider starting with one of them
2.1 A note about English
2.2 Languages in order, starting from the easiest
2.3 1) Esperanto
2.4 2) Spanish
2.5 3) French
2.6 4) Italian
2.7 5) German
3 Conclusion

Choosing the “right” second language to learn is an important step in your language learning journey, and can determine how quickly you pick things up, how much you retain, and even how long you persevere with your chosen language.

You’ll want to take into consideration a number of factors that make the language right for you, and that can mean choosing a language for its ease and accessibility. Some of this will be subjective, depending on your language goals, your reasons for learning, your location, and access to resources.

There are some things that do, however, make some languages easier to learn than others, and we’ll explore them now.

What makes a language easy to learn?

Definition: If a language contains many words that have the same root as those in your native tongue, i.e., if both languages derived from the same “parent” language, such as Latin, these are called cognates.

They usually have the same sound, similar spelling, and the same meaning in related languages, making it easy for a language learner to remember words.

Definition: A language that uses the same or similar alphabet as your native language will be a thousand times easier to learn than one that doesn’t. Learning new writing systems on top of everything else you have to learn will bog down the learning process.

Example: manzana in Spanish; apple in English vs яблоко in Russian. 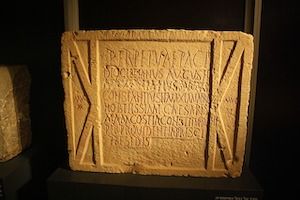 Definition: It’s important to note that all natural languages have some aspect of irregularity in their grammar. Some languages, however, use more complex grammar than others, and for a native English speaker, many of whom simply aren’t even taught the grammar of their own language, this can get very difficult.

Choosing a language whose grammar doesn’t differ too much from your native one will ease you into the learning process a lot more smoothly.

Definition: A language is phonetic when its words are pronounced the way they’re spelt. Letters usually have just one sound, and don’t change depending on where they appear in a word. This makes the language easy to pronounce for newcomers, and makes it less daunting.

Example: “frutas” in Spanish; “früchte” in German vs “(des) fruits” French (although it’s spelt the same as its English equivalent, it’s not pronounced at all the same!).

Definition: Accessibility is a big one, particularly for those who are teaching themselves. A language becomes instantly easier to learn when there are plenty of resources available.

Courses on and offline, apps, reading material, media etc. And the more ubiquitous the language, the more likely you are to find cheap or free resources. 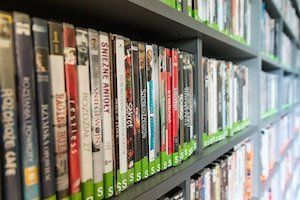 Definition: This also concerns accessibility. When learning a language, it’s imperative that you seek out native speakers with whom you can practice your speaking skills. If you’re in a country where your target language is spoken, then you have ample opportunity to use what you’ve learned.

The easiest languages to learn, and why you should consider starting with one of them

A note about English

For obvious reasons, I didn’t include it on the list. If you’re reading this article, it’s assumed that you already know how to speak and understand English, and so it would make little sense to mention it here.

It does go without saying that due to English’s ubiquitous nature, and the fact that most native English speakers are monolingual, it would be at the top of the list in terms of ease and accessibility; any learners of the language would have plenty of opportunity to practice.

Languages in order, starting from the easiest