How Long Does It Take To Learn A New Language?

It will take between 6 months and 2 years to learn a new language enough to converse in it comfortably on a day to day basis. This is, however dependent on many factors, and these factors will determine how long an individual will take.

Assuming you are a native English speaker, the following timeframes from the US Foreign Services Institute seem to be widely accepted:

These numbers are a guideline only, and the assumption is that you will be studying the language full-time – at least 8 hours a day, 5 days a week.

A note about Esperanto

Esperanto is a constructed language, and it is possible to learn all the basics in a very short space of time. Check out my post Why you should learn Esperanto where I go into great detail about the benefits of learning the language.

What are the factors that determine how long a particular language will take to learn?

How easy the language is

There are a number of things that need to be considered when determining a language’s ease. Though ease is relative, there are objective factors that apply to each language.

A language is said to be relatively easy if it has similarities to your native language. Some of these include: 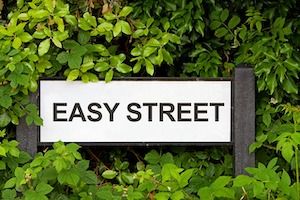 My post The 5 easiest (and cheapest) languages to learn online takes a deeper look at what makes a language easy to learn.

So if you look at the yellow group, you’ll see that the romance languages – the ones whose structure is based on Latin – are the easiest and fastest for a native English speaker to learn.

You will, of course, notice that the Scandinavian/Germanic languages (Danish, Norwegian, Swedish and Dutch) are also in the yellow group. This is because, in addition to being a Latin-based language, English is a bit of a mutt, and is largely influenced by Germanic language.

If you spend any time listening to Dutch or reading Swedish, you will see the similarities with English.

Now, ease is just one of a number of factors that will determine how long you’ll take to learn a foreign language. The other factors are subjective, mainly based on you as a learner.

What other factors influence speed?

Although everyone is capable of learning more than one language at any stage in their life, some people just have a “knack” for it, have a great memory, or are able to spot patterns quicker than others. For example, people who play musical instruments and computer programmers tend to pick up languages faster than others.

How much prior exposure a person has had

Many people have had some long term exposure to foreign languages at school, regardless of how efficient the teaching was. Depending on the language, this may give you a head start, most notably in the vocabulary department. If you already know some foreign vocabulary, you might be able to reduce the time slightly.

This will ultimately be the biggest determining factor in how long anything takes you, whether it be language learning or any other hobby.

Learning a new language takes time, lots of dedicated study, and focus. These timeframes assume that you’ll be devoting several hours a day – about as long as you would spend working a full-time job – working on your new language. And the active studying part it just one aspect of it.

For you to stay within these timeframes you’ll need to live and breathe the language, just as the FSI students do. This is going to be difficult for most people who actually have lives! So expect things to take longer if you don’t have a lot of spare time.

For this reason, you should use the hours measurement as opposed to the months. This should give you a better idea of what to expect if you are unable to do this full-time. (Also check out my post How Many Hours A Day Should I Study A Foreign Language? to see what can be achieved when studying for shorter periods of time.) 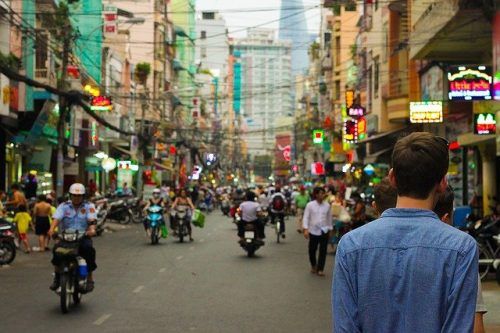 A person can pick up a language a lot faster if they are already in an environment where that language is spoken daily. If you can spend a few weeks in a country where your target language is spoken, you’ll be forced to speak it to the locals.

Nothing gets you using your new language like being surrounded by it and unable to communicate unless you speak it. Full immersion can even reduce the amount of time it takes to learn.

I can attest to this. When I went to a week-long Esperanto event, I was forced to speak nothing but Esperanto, and within just a few days I was thinking in the language to the point where it was difficult to think in English!

If you are unable to travel, the next best thing is home immersion, which involves watching, reading, listening and speaking (to yourself) in the language for several hours a day, several days a week. Nothing but your new language. I call these language sprints, and I often do them for fun.

Spending just a week doing this will be difficult at first, but by the end you’ll have taken your skills to the next level.

How many resources available

Resources are really important, too. The amount available can determine how much you can actually do and learn, which in turn determines how long you’ll take to learn.

Resources include things like learning materials, media (books, movies, tv shows, music, even video games) and speaking partners. If these are scarce, you won’t have enough opportunity to practice. And in order to become fluent, you’ll need to use a wide range of resources to develop the four basic language skills.

The individual’s interest in the language

This one often gets overlooked, but for me I think it’s crucial. You like doing things that interest you, right? If you enjoy the sound of a language, its culture, traveling to countries where it’s spoken etc., you’ll want to spend more time learning it. It won’t feel like a chore or hard work. And once again, the more time you spend with it, the faster you’ll learn it.

In my case I’m obsessed with the German language! Don’t ask me why, I just am. Right from the get-go I was hooked on German soaps, German music, and traveling to German cities. As such, I can spend hours and hours immersed in the language, and it never gets boring.

If you have the same connection to your target language, and provided you dedicate real time actively studying it, you can reduce the time it takes to learn it.

Conversely, a language that you have little interest in will take much longer to learn.

Also another factor that gets overlooked is your reason for learning. Is there an urgency? Perhaps you’ll be moving abroad for work or love, and you need to learn quickly. This can influence the time, too. Necessity breeds progress.

The numbers given are averages only, and will differ from person to person. You may take longer, or pick things up faster than others. And you know what? That’s completely fine. You should not try to rush this in order to fit into a box. Instead, go at a pace that’s sustainable for you, one that won’t burn you out and make you quit altogether.

The other important thing to remember is that learning never truly ends once you attain a certain level of fluency; you’ll forever be learning the language. You can get to conversational fluency in a relatively short space of time for most languages, but you’ll continue to improve as time goes by. Hence why these numbers are merely guidelines.

When all is said and done, you should just try to have fun, no matter how long it takes. As long as you’re having fun, none of the other stuff really matters.