How Many Languages Can The Average Person Learn?

Table of Contents show
1 The different types of speakers
2 Is it even possible to learn multiple languages?
3 How is it possible?
3.1 Interlingual families
3.2 Environment
3.3 Language similarities
3.4 Some people have “a knack” for languages
3.5 The more you learn, the easier it gets
4 What are the challenges in learning multiple languages?
4.1 Weaker in one language
4.2 Maintenance difficulties
4.3 Forgetting the native language
5 Can you and should you learn more than one language at once?
6 Final words for aspiring polyglots

In reality, there is no limit on the amount of languages a person can learn. There’s only a limit on how much free time you have to dedicate to learning them. Multilingualism (or polyglotism) can be achieved by almost anyone, regardless of intelligence level.

The different types of speakers

Bilinguals and trilinguals come in all shapes and sizes. Some speak each language as their mother tongue, having learned all of them simultaneously during childhood. Some have one mother tongue and learn the others later in life, either as children or adults.

Is it even possible to learn multiple languages?

While not easy, it is certainly possible to speak several languages fluently. In fact, in many parts of the world, multilingualism is the norm. And it has even been said that multilingual people outnumber monolingual people globally. This means that you’re actually in the minority if you don’t speak more than one language.

There are many people who have mastered a number of languages in their lifetime. The most famous being the Italian cardinal Giuseppe Caspar Mezzofanti (1774 – 1849), who was said to have spoken more than 30 languages.

In more recent times, Kato Lomb, Ziad Fazah, Richard Simcott, Alexander Argüelles, Steve Kaufmann and Moses McCormick, polyglots who speak at least 10 languages. These are just some of the names you’ll grow accustomed to hearing in the language learning community. There are plenty more.

Moses, the youngest of the names listed, has a YouTube channel where you can see him using his language skills with different strangers in his hometown in America. Check out his channel here.

How is it possible?

Certain circumstances, both personal and environmental, can make it easier for a person to become fluent in more than one language. Some of these are:

A common way for most bilingual people to learn their languages is by having parents who speak different languages. A child whose mother is, say, Spanish, and whose father is English, would likely be spoken to in both languages, thereby creating 2 mother tongues.

Where trilingualism is concerned, as with bilinguals, the parents speak different languages to the child, and the whole family lives in a country where a third language is spoken. Thus the child learns the third language naturally, to fluency. This seems to be the case in America, where a study showed that 22% of the US population spoke a foreign language at home.

There are places in the world where, due to the number of languages spoken in the region, it is common to find people speaking several languages regularly, as a part of their daily lives. This is most notable in places like India, a country with 22 official languages, and where it is commonplace for natives to speak 3 or 4 languages. Knowledge of local languages is a must for trading and things like that. 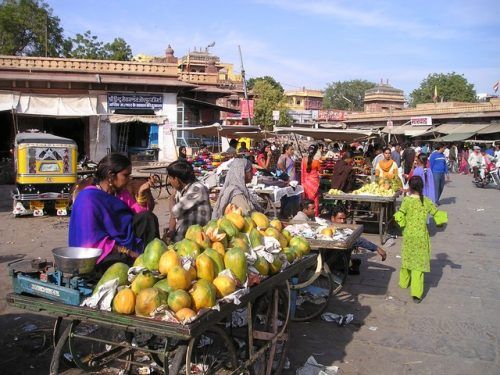 In South Africa, where there are 11 official languages, citizens speak native African tongues in different parts of the country, along with the colonial European languages (English and Afrikaans).

Certain languages become much easier to pick up if you speak a similar one – one that shares many cognates and comes from the same root language. For instance, Spanish and Portuguese have a 90% lexical similarity, meaning natives won’t have much difficulty understanding each other.

It would be very easy for a Portuguese speaker to add Spanish to their language arsenal, and vice versa. Such language discounts exist in many languages, perhaps even most. A person who speaks Danish will easily be able to pick up Swedish, Norwegian and even German with a little more effort.

Some people have “a knack” for languages

While anyone can learn multiple languages, there is proof that certain people just have an ear from them, usually connected to their ability to identify patterns and etymological similarities. These people are usually, but not always, good at things like music and computer programming.

The more you learn, the easier it gets

As would be expected, the more languages you study, the easier it becomes to quickly grasp new ones. Not only because of your exposure to similar languages and more complex grammar, but your ability to study more efficiently improves. Learning “how” to study is just as important as learning “what” to study.

By your third or fourth language, you’ll have developed transferable skills that can be used to speed up the acquisition of future languages.

What are the challenges in learning multiple languages?

There are downsides to everything, and polyglotism is no different. Some of the problems that multilingual people have to face are:

Weaker in one language

This is a sad reality of bilingualism and trilingualism, even if the languages are learned naturally and simultaneously in childhood. One language will always be weaker than the other. Whether it be through pronunciation, grammar usage, vocabulary, or the ability to use and understand idiomatic language, one of your languages will suffer.

This doesn’t mean that you don’t have native-level fluency, just that your native knowledge will be lacking in some areas.

Though languages do get easier the more you learn, it naturally gets harder to maintain them all. If you speak more than 3 languages, finding the time to work on improving them will be tough.

This is easier when you’ve attained a good, solid level in them, where maintenance merely involves reading, watching, or using it a couple of times a week. But this can be nearly impossible to do if you speak more than 6 AND actually have a life!

You may have asked yourself, “Can I forget my native language if I learn a new one?” The answer is, yes, it is possible to forget some of your native language the more languages you start to pick up and use. I am only too aware of this.

You won’t forget it entirely, not even close. Barring some neurological problem, that’s almost impossible. What will happen, however, is you might make mistakes with native pronunciation, and you’ll almost certainly forget words as you make space in your memory for your new language(s).

In some cases the foreign word will come to you before your native one does, and sometimes the native one won’t come to you at all! This is actually a common problem for people who migrate and have stopped speaking their native tongues. That’s why language maintenance needs to occur with your native language, too. 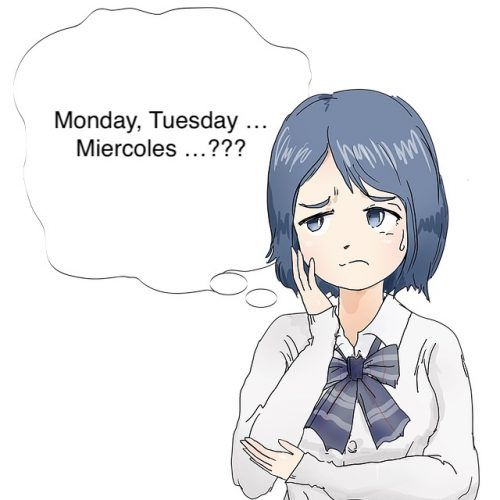 It does take a while for this type of thing to occur, but it’s definitely something you need to be prepared for. However, it won’t really affect your day to day life, so don’t panic.

Can you and should you learn more than one language at once?

Learning more than one language at a time is possible, though not advisable, especially as an adult learner. It can be achieved if you choose 2 very distinct languages – Italian and Japanese, for example. It’s easy to separate them in your memory, as they’re so different.

But problems will arise if you attempt to learn similar languages simultaneously – Italian and Spanish. Whilst their similarities would make the vocabulary of both easier to remember, those same similarities mean you would inevitably get the vocabulary and pronunciations mixed up.

This happened to me the moment I started learning French. I found myself pronouncing equivalent Spanish words in French.

What’s more, languages take time to absorb and master. Your time will be too divided to truly give each language the attention it needs. And what will happen instead is, several years later, you find that you can’t speak any language well.

If you’re like me, you probably have a list as long as your arm of the languages you want to learn. Believe me, once the realities of language learning hit you, you’ll see that list shrink. You will come to realize the amount of effort required to become fluent in just one language is staggering, and you’ll quickly revise that list!

Just take your time. There’ll be plenty of opportunities for you to add new languages, and you’ll get to them a lot quicker if you focus on and hone one at a time. Master the first before moving on to the next. Don’t fall victim to language wanderlust (a major issue among language learners).