There are benefits to learning a new language that go beyond personal development. There can also be professional development opportunities that you may not have considered. As globalization becomes more prevalent, being multilingual will soon become a matter of necessity.

Within the last ten years, there has been a huge spike in the demand for bilingual/multilingual employees. Most notably in the US, where a study conducted in 2017 showed that the job postings for multilingual employees more than doubled from 2010 – 2015! That number will be much higher today.

Further, the vast majority of US employers have, at one point or another, relied on their multilingual employees to utilize their language skills in the course of business.

This report, Not Lost in Translation, by New American Economy, gives an in-depth look into multilingualism in the workplace, and how much dependency the US economy has on it.

All of this suggests that a person who can speak more than one language is more likely to get the job than a monolingual applicant, all other things being equal.

Check out the book The Bilingual Advantage on Amazon, for a comprehensive look at the benefits of bilingualism in the US economy.

Do bilinguals get paid more?

Schwartz Insurance Group claims that being bilingual can earn you 5 – 20% more per hour than your monolingual counterparts.

Your language skills are valuable to a company, and could actually make or save them a lot of money. Think about how much it would cost for a company to hire an interpreter. Those guys don’t come cheap.

In this article by Lead with Languages, it was found that 1 out of 4 companies have lost business due to their lack of foreign language speakers. In the US, the number of revenue lost is said to be around $2 billion a year!

This is huge. It means that by having you on staff, depending on the language you speak, a company can put themselves ahead of their competition, and offer a more personal touch with an in-house employee, thereby making them more money.

As such, you can use your language skills as leverage to boost your salary. If your employer is one that depends on your skills, and it would be more costly for them to hire interpreters, you could be seen as invaluable to the company, and thus worth more.

Which languages are in the highest demand?

With regard to business, not all languages are created equal, and some will be in much higher demand than others. A lot of this has to do with business sector and location. For example, in America, Spanish skills would be seen as the most favorable, due to the large Spanish-speaking population and the proximity to Latin America; whereas in Canada, French would be in higher demand. 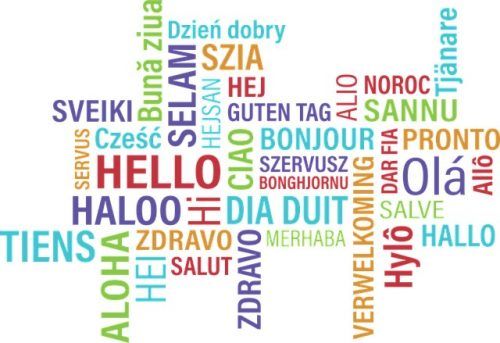 The lingua franca, and the widest spoken language in the world. It’s also the language most foreign business is conducted in. A Swedish company, for example, would do business in English if they were trading with a Chinese company. Most countries value English skills, and in many cases require it.

With the largest number of native speakers (over a billion), and China’s powerful position in international business, employees who speak Mandarin will have a huge advantage over those who don’t.

Particularly in America, being able to speak Spanish is an asset, and in some states, mandatory.

If you are interested in working for a company with ties to Latin America, your Spanish skills will get you far.

Spoken by nearly 300 million people in the Middle East and Africa, Arabic has become an important language, especially in the import/export realm. Most native Arabic speakers don’t speak English, so in order to do business with them you’d have to learn their language.

Germany has a thriving economy and is a leader in technology and science. Those interested in engineering, research etc. would have an edge with German language skills. Plus, with Brexit, the German language will likely become more dominant in the EU.

Russian is said to be one of the most influential countries in the world, and the 6th largest economy. Due to it being one of the official languages in some world organizations, those interested in international affairs, trade and geopolitics would do well to consider this language.

With French being the official language of 21 African countries, the number of French speakers will have risen considerably by 2050, and thus more and more business will be conducted in it as Africa becomes more developed. Knowledge of French, going forward, will put you in a good position in the future.

Brazil, where Portuguese is spoken, is the largest economy in Latin America, and has established itself as an important player in the science and energy fields. If you speak this language, you’ll be putting yourself ahead of the competition.

Japan has the third largest economy in the world, making it one of the wealthiest countries. It leads in technology and innovation. With over 130 million speakers, and a huge influence on trade and export, the Japanese language is one of business. Anyone with skills in this language would increase their value considerably.

With India’s huge population, most of whom do not speak English, and India’s rising involvement online, in media, and technology, anyone who speaks Hindi will be able to communicate with more than 260 million native speakers. Companies looking to capitalize on India’s large consumer base will look keenly on Hindi speakers.

Spoken by more than 200 million people in Southeast Asia, Malay is the official language of 2 of the world’s fastest-growing economies – Singapore and Malaysia. Singapore, in particular, is a rich, stable, culturally diverse country that’s fast becoming a business juggernaut. While the majority of Singaporeans speak English fluently, doing business in Malaysia would require knowledge of Malay.

With over 150 million speakers, mostly found in East Africa, knowledge of Swahili will open doors for you in places like Kenya and Tanzania, fast-growing and stable African economies, with plenty of opportunities in international trade, technology and tourism.

This list may differ from others out there, because I’ve focused not only on current needs but future development. It should be taken at face value, not as gospel, because industry and location play huge parts in what makes a language sought after. Your choice of career may favor different languages.

On that note, let’s take a look at some of the jobs where your language skills will work well for you.

What jobs can multilingual people do?

Language skills are not just beneficial in international business, but can be crucial in almost all sectors. Lower-skilled jobs can sometimes be as much in need for multilingual staff as higher-skilled jobs.

These are listed in no particular order.

Companies and institutions who do not have multilingual staff often have to hire interpreters. Interpreters are needed everywhere! You could find yourself in some interesting places, such as court rooms, police stations, boardrooms of large companies, you name it.

You could teach in a school or as a private tutor, either in your home country or abroad. Teaching others will also strengthen your language skills.

The need for translated texts has never been more urgent. Books, articles, and of course the behemoth that is the Internet, all need to be translated into many different languages. As more and more global citizens gain access to the Internet, translated sites will be in high demand.

This report from W3Techs breaks down the Internet by language usage. While English is the leader with 60% usage, this number will gradually decline as more non-English speakers come online.

With regards to books, the majority of the world’s languages are underrepresented in translations. A skilled translator can easily reach out to a publisher and ask them to consider translating some of their popular books into a new language.

As a reporter/journalist, being abroad and on the ground, conversing with natives, and understanding the local language will be crucial for telling an honest story. Conducting interviews for documentaries might be one of your duties.

Depending on where you live in the world, being able to speak another language might be vital to the job. If you’re in an area with a large immigrant population, you’ll need to speak the language of your customers. If you understand their problems and can assist them more effectively in their native tongue, then you’ll be an asset.

Nurses with language skills, particularly in large immigrant areas and abroad, are essential to hospitals. Immigrants and tourists alike will need to communicate with someone who understands them, especially in times when emotions are already high. A multilingual nurse can help a foreign patient feel calm and can get important information about their condition from them.

Flight attendants are often surrounded by foreign speakers, so having some language skills would be advantageous. If there are certain routes you regularly fly, and certain languages you usually encounter, it could be beneficial to know what passengers are saying in order to better assist them.

In the leisure and tourism sector, multilingualism is compulsory, as you’ll be communicating with foreigners daily. It is not uncommon to find hotel workers, tour guides, cruise staff etc. who speak several languages. English is almost always a requirement in this sector, as it’s the lingua franca.

If you have language skills, international trade becomes a great deal easier. You’ll be able to set up import and export deals, understand contract terms better, and avoid the risk of things getting lost in translation.

Diplomats are usually expected to speak at least 2 languages fluently, and they become even more valuable when they’re able to speak more than that. Being able to understand the citizens in the country you’ve been sent to is vital to international relations and diplomacy. Not only will you need to speak the language, you’ll need to understand the country’s culture and customs. 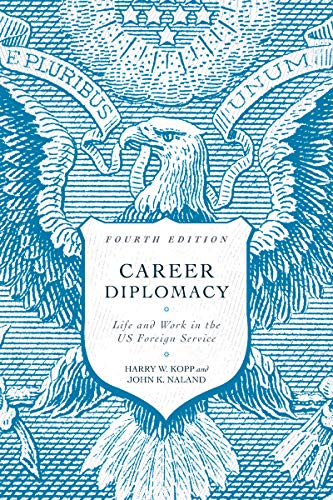 Career Diplomacy: Life and Work in the US Foreign Service

Governments have a growing need for people with good language skills, for intelligence purposes and national security. Exciting roles are available for people who can speak the languages used in high conflict countries. Daily duties might involve interpreting intercepted communication between terrorist groups, and some other fun stuff you see on shows like 24!

This list is by no means exhaustive, and what you’ll actually find is that your language skills can be an asset to any company, in any sector.

If you’re still on the fence about learning a new language, or you’ve already learned one and you don’t know what to do with your newfound skills, I hope this post has been helpful in showing you how lucrative language learning can be.

Whether you’re looking to get into a new field, or hoping to progress in your current one, your language skills will make you valuable to any company, which boosts your career prospects, and in many cases even gives you the opportunity to travel and/or live abroad.