Is Amharic Worth Learning? 8 Reasons To Learn

Table of Contents show
1 8 Reasons Why You Should Learn Amharic
1.1 1. Amharic is the language of Ethiopia
1.2 2. Amharic is an ancient language with a rich history
1.3 3. Amharic shares roots with other popular languages
1.4 4. Amharic has a unique writing system that’s fun to learn
1.5 5. Knowledge of Amharic increases your career prospects
1.6 6. Learning Amharic will make you smarter
1.7 7. You’ll be able to communicate with nearly 60 million people
1.8 8. You can enjoy Amharic music, literature, and film
2 Wrapping things up

We at Language Hobo believe that every language, no matter how rare, has its value and is thus worth learning.

So, when you’re looking for reasons to learn any language, you don’t technically need any. Language learning in and of itself is a great experience that can offer many personal and professional benefits.

That said, we understand that some people need a little more convincing before they decide to add another language to their plate.

It’s also important to establish a reason to choose Amharic over one of the other six-thousand-plus languages out there, as this could make or break your motivation to stick with the language in the long run.

So, if you’re on the fence about whether or not Amharic is worth your time, allow us to provide some reasons (8, in fact) why we believe it is.

8 Reasons Why You Should Learn Amharic

1. Amharic is the language of Ethiopia

If you’re interested in Ethiopian culture or history, then Amharic will be an invaluable asset. As the official language of Ethiopia, it’s estimated that roughly 50% of the population speak Amharic as their first or second language.

Amharic is also the language of the government, institutions, media, and the writing used on street signs and buildings in Ethiopia. This means that getting around the country and interacting with locals will be much easier if you have some level of proficiency in Amharic.

2. Amharic is an ancient language with a rich history

Amharic is believed to be over 2000 years old, making it one of the oldest living languages in the world. As such, learning it would offer unique insights and a connection to the history and culture of North Africa and the Middle East. 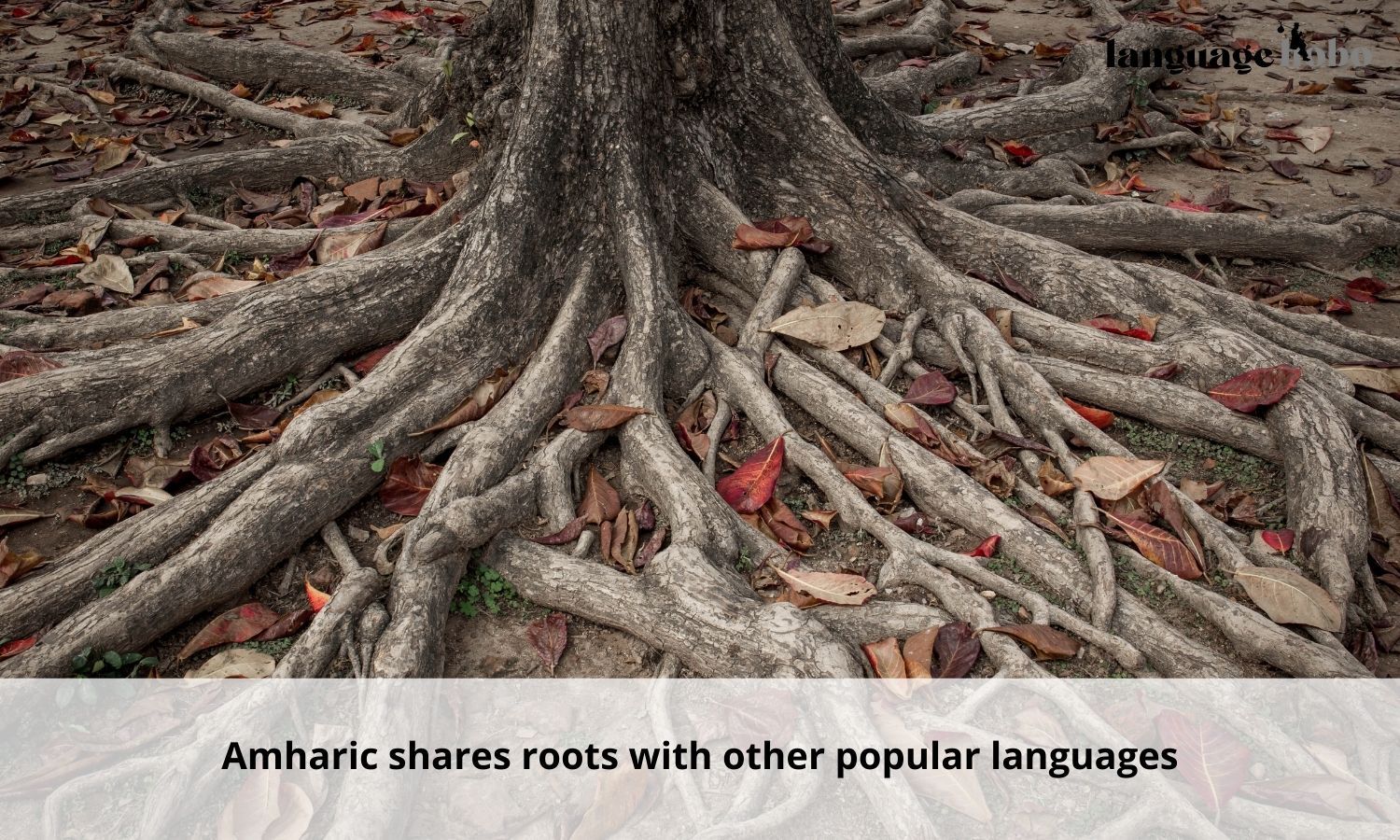 Amharic is a Semitic language (the second-most widely spoken one, after Arabic), and as such it shares roots with Hebrew, Arabic, and even the mostly extinct Aramaic. This means a couple of things:

4. Amharic has a unique writing system that’s fun to learn

Amharic uses a modified version of the Ge’ez script, which is one of the oldest continuously used writing systems in the world. It’s a fascinating script that’s quite different from anything you’re likely to have seen before.

One of the greatest challenges – and joys – of learning Amharic will be deciphering its written form and then being able to reproduce the letters yourself, as well as read them. This is especially true if you’re coming from using a Latin-based alphabet.

In today’s globalized economy, many businesses are looking for employees who can communicate with customers and clients from all over the world. And with Africa being one of the fastest-growing continents in the world, those who know any African languages – Amharic included – will have a clear advantage when it comes to job prospects.

You’ll be of particular interest to companies that do business in Ethiopia and neighboring countries like Eritrea, Djibouti, and Somalia. The areas of business, trade, diplomacy, and NGO work are just a few that come to mind.

For instance, Amharic-language translators and interpreters who can mediate between cultures are always in high demand.

6. Learning Amharic will make you smarter 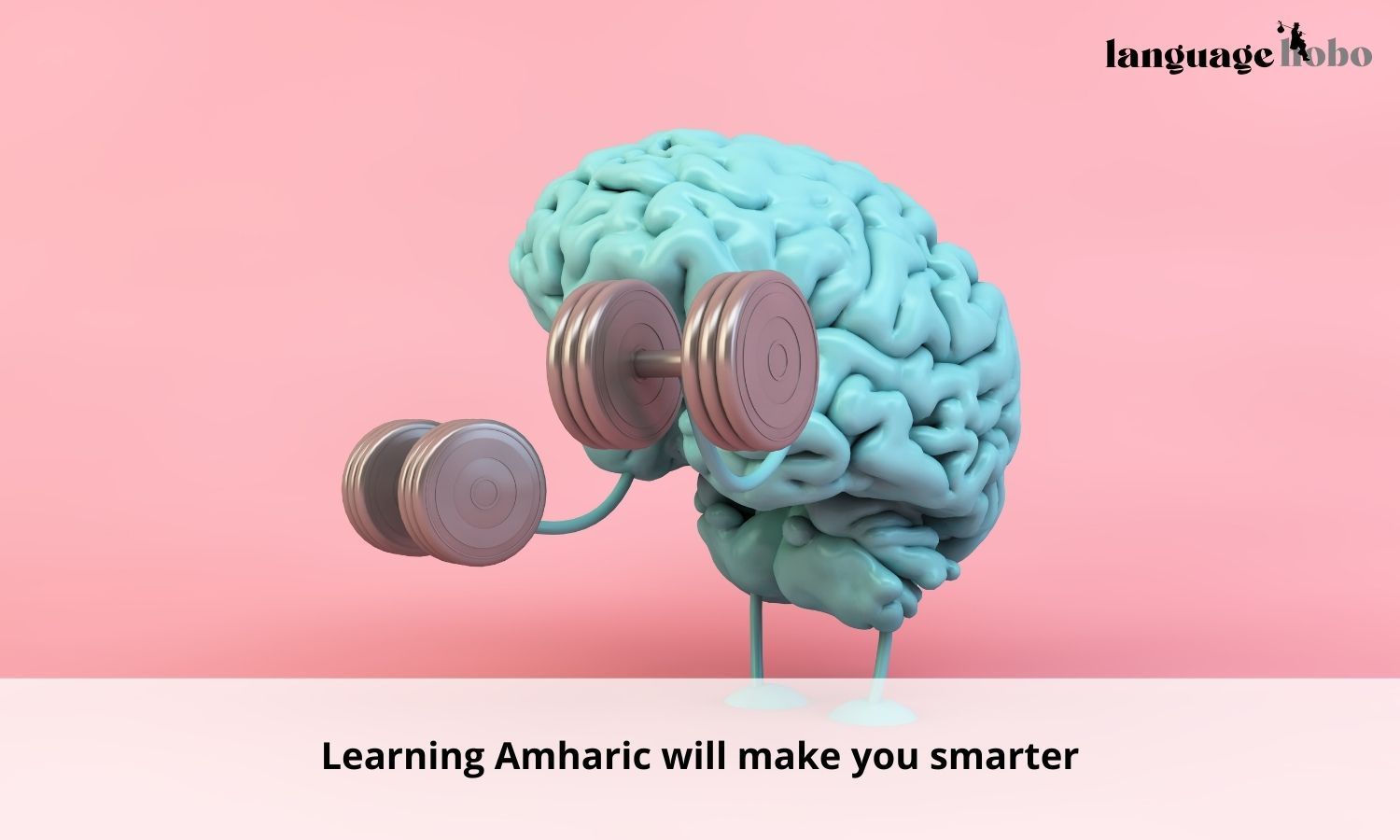 Research has shown that learning a second language can have some pretty amazing cognitive benefits. These include increased memory, mental flexibility, and critical thinking skills.

When it comes to Amharic specifically, you’ll be challenged to use both sides of your brain as the language uses a unique mix of sounds and symbols that you likely won’t have encountered before.

You’ll learn new grammatical structures, vocabulary, and ways of thinking – all of which will help to keep your brain active and engaged.

7. You’ll be able to communicate with nearly 60 million people

When you learn Amharic, you’ll instantly be able to communicate with the more than 60 million people who speak it as their first or second language.

This number is only expected to grow in the coming years as Ethiopia continues to develop economically and its population expands.

Many of these people don’t speak a word of English, so if you want to interact with them, learning Amharic is your best – and sometimes only – option.

8. You can enjoy Amharic music, literature, and film

Last but not least, learning Amharic will enable you to appreciate the many wonderful things Ethiopia has to offer in terms of music, books, and movies/TV.

The country has a rich musical tradition that includes both traditional folk songs and more modern styles like Ethio-jazz and reggae.

And while the Amharic literary tradition isn’t as well-known as that of, say, Arabic or English, there are still many great works to discover.

As for film and TV, you’ll be able to watch Ethiopian movies and TV shows without having to rely on subtitles.

There you have it – eight compelling reasons to learn Amharic. There are probably plenty more, but these should be enough to get you started.

Whether you’re interested in Ethiopia’s vibrant culture, looking to boost your career prospects, or simply want to challenge yourself mentally, Amharic is definitely a language worth learning.

So what are you waiting for? Get started learning today! We’ve got the best guide on how to learn Amharic effectively, which should be a good starting point for any new learners.